It seemed at first sight that those were a pack of street dogs lying in the cage… sick, malnourished… as if, the animals were lying in a dying state! When one would come closer to the cage, the person would realise that those were a troop of Lions, the Kings of the Jungle! However, they are caged at al-Qureshi Park in Khartoum, the capital of Sudan, the sixth-largest country in Africa, and the fourth-largest in the Arab world. For the last few weeks, the lions have been suffering from acute shortage of food and nourishment!

The Park authorities are trying hard to save five such African lions. They have urged the animal-lovers and voluntary organisations to provide these lions with adequate food and medicines. Osman Salih recently shared images of these lions on his Facebook page, requesting Netizens to offer help to the Park authorities. Within a few hours, his posts went viral on the Social Media!

After being informed about the condition of the lions, a number of Netizens have expressed serious concern over the situation and have requested the Sudanese Government to take the animals to elsewhere, saying that they would perish, otherwise. Some Netizens have also offered financial help to rescue the lions. 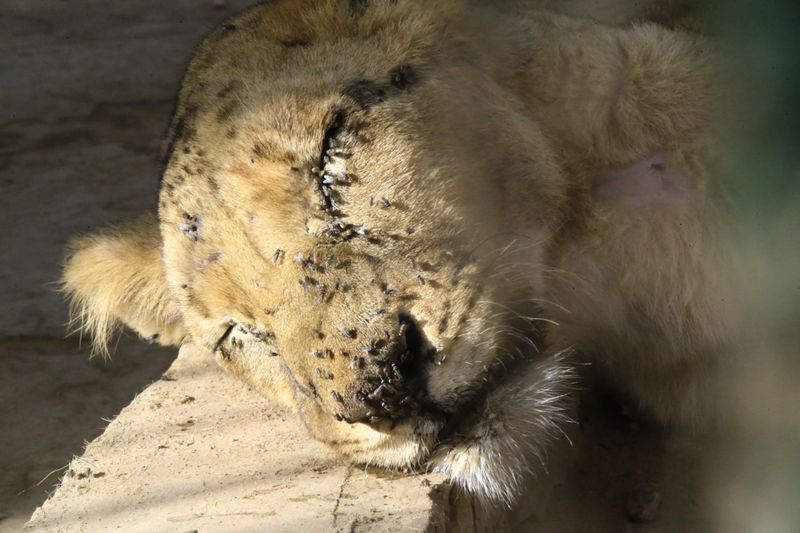 Meanwhile, veterinary physicians have said that the lions are suffering from acute malnutrition, as their weights have dropped down to about one-third of their normal weight! According to doctors, the situation could be even worse, if the situation remained the same. Essamelddine Hajjar, the Manager of al-Qureshi Park, has admitted that the lions’ conditions deteriorated over the last few weeks, with some losing almost two-thirds of their body weights. He said: “Food is not always available, so often we buy it from our own money to feed them.” According to Hajjar, the overall condition of the Park has started affecting the animals’ health. “They are suffering from severe illnesses. They are sick and appear to be malnourished,” stressed Moataz Mahmoud, a caretaker of the park. 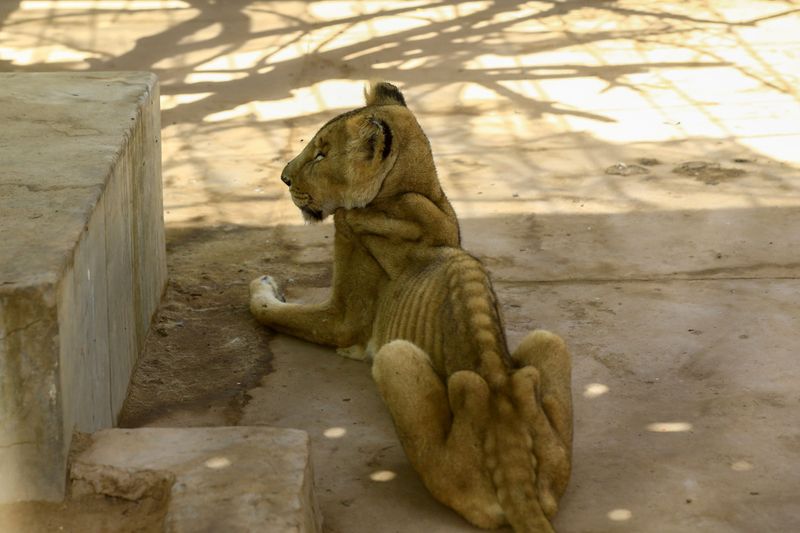 The manager has further informed the press that members of some voluntary organisations recently visited the Park. They advised the Park authorities to clean the cages first. They also supplied fresh meat and medicines for the five lions in an attempt to save them. On January 19, crowds and journalists, too, reached the park to see the lions. 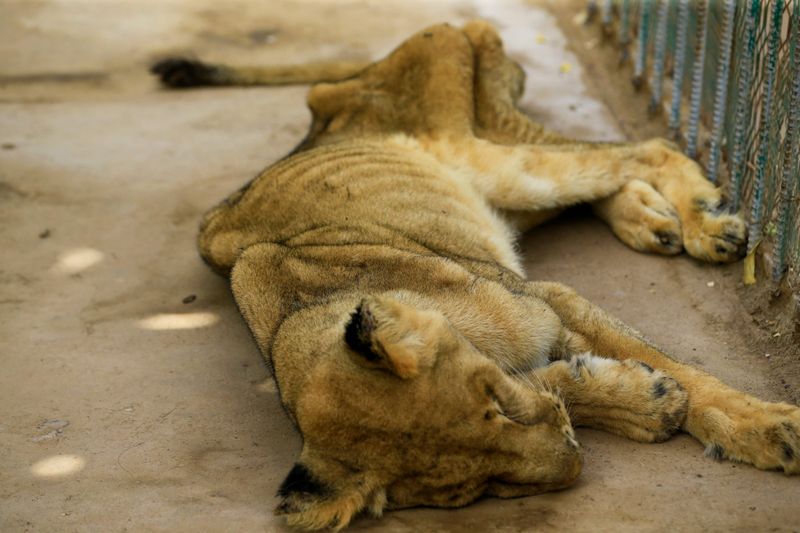 Currently, Sudan is going through an economic crisis, led by soaring food prices and foreign currency shortage. Although it is unclear how many lions are there in Sudan, many of them are at the Dinder Park, along the border with Ethiopia. African lions have already been classified as a Vulnerable Species by the International Union for Conservation of Nature (IUCN), with their population dropping 43% between 1993 and 2014. Only around 20,000 lions are alive, today!