The year 876 AD… Mihira Bhoja or Bhoja I – the sixth ruler of the Gurjara-Pratihara dynasty in India – succeeded his father Ramabhadra after adopting the title ‘Adivaraha‘. Immediately after ascending the throne, Mihira Bhoja, an ardent Vaishnava or devotee of Lord Vishnu, ordered his officials to engrave a sentence in Sanskrit (the inscription maybe in Brahmi script) on the wall of the Temple of Vishnu, situated inside the Gwalior Fort. As per his order, it was engraved: “A piece of land, adjacent to the temple and 270 hands in length, is acquired by the monarch. It will be considered as the property of God, and flowers will be cultivated here.”
Nearly a thousand years later (in the 19th Century), the inscription was discovered on the wall of the Vaillabhattaswamy Temple inside the Gwalior Fort. The ‘0’ sign, written in decimal form, is globally considered as the oldest symbol of modern mathematical zero carved in stone. Researchers also found ’10’ and ’20’ inscribed on the wall of the same temple… however, those were written around 875 AD! Even the Indians had used the symbol of zero while writing 201 in Khandela (script) in 807 AD in the western province of Rajasthan. So, people used to write zero as per the decimal rule in 9th Century India. Now, the question arises: when did they learn the use of zero as a number? 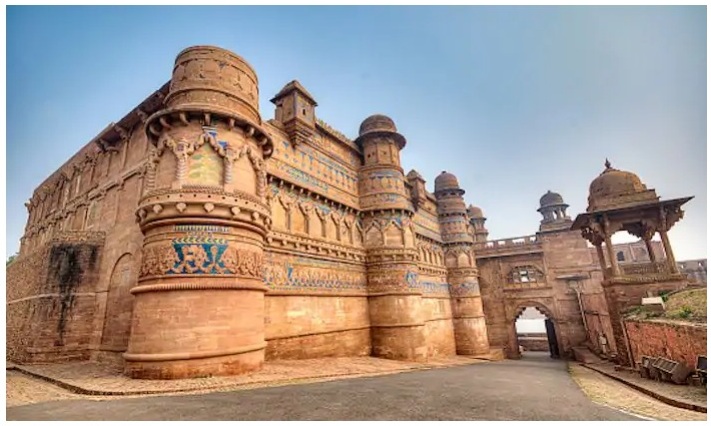 It is still not clear when and where the use of zero had started… although some believe that ancient Greece or China was the birthplace of zero, majority are of the opinion that it was India! It is a fact that many ancient civilisations were familiar with the concept of zero… but, it was used as a modern mathematical digit in India, first, both in concept and appearance.
In Vedic Age, the Indian sages used to talk about zero… not as a mathematical concept, but more in a philosophical context! Unlike the ancient Greek civilisation, the Indian civilisation did not oppose the concept of zero as a part of philosophical theories. Instead, the ancient Indian philosophers had tried their best to trace the importance of zero! And, the mathematical zero was born from the seeds of the concept of emptiness found in the philosophical zero. 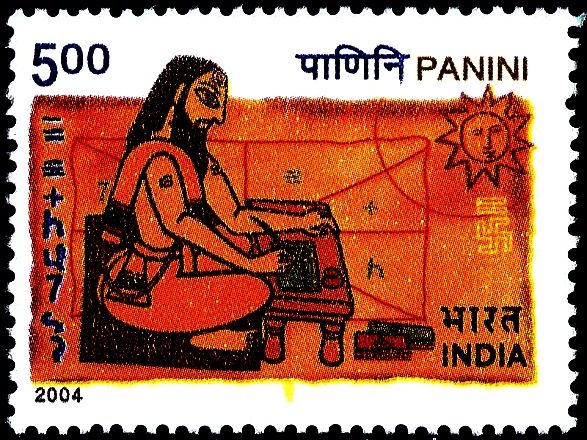 Many believe that the concept of zero came from the idea of ‘Lop‘ explained by Pāṇini, an ancient Sanskrit philologist, grammarian, and a revered scholar in ancient India. It is to be noted that Pāṇini was considered “the father of linguistics“, after the discovery and publication of his works by European scholars in the 19th century. His influence on aspects of the development of modern linguists is widely recognised in the profession; as his grammar was influential on foundational scholars, such as Ferdinand de Saussure and Leonard Bloomfield…
Acharya Pingala, the ancient Indian mathematician who authored the ‘Chandaḥśāstra‘ or ‘Chandaḥsutras‘, the earliest known treatise on Sanskrit prosody, used the ‘zero’ symbol as a marker seems to be the first known explicit reference to zero. According to experts, the use of zero is ascribed to Pingala due to his discussion of binary numbers, usually represented by using 0 and 1 in modern discussion. However, Pingala used light and heavy, rather than 0 and 1, to describe syllables in 2nd Century BCE. As Pingala’s system ranks binary patterns starting at one (four short syllables, binary ‘0000’ , is the first pattern), the nth pattern corresponds to the binary representation of n-1 (with increasing positional values). Pingala is credited with using binary numbers in the form of short and long syllables (the latter equal in length to two short syllables), a notation similar to Morse code. He had used the Sanskrit word ‘śūnya’ explicitly to refer to zero. 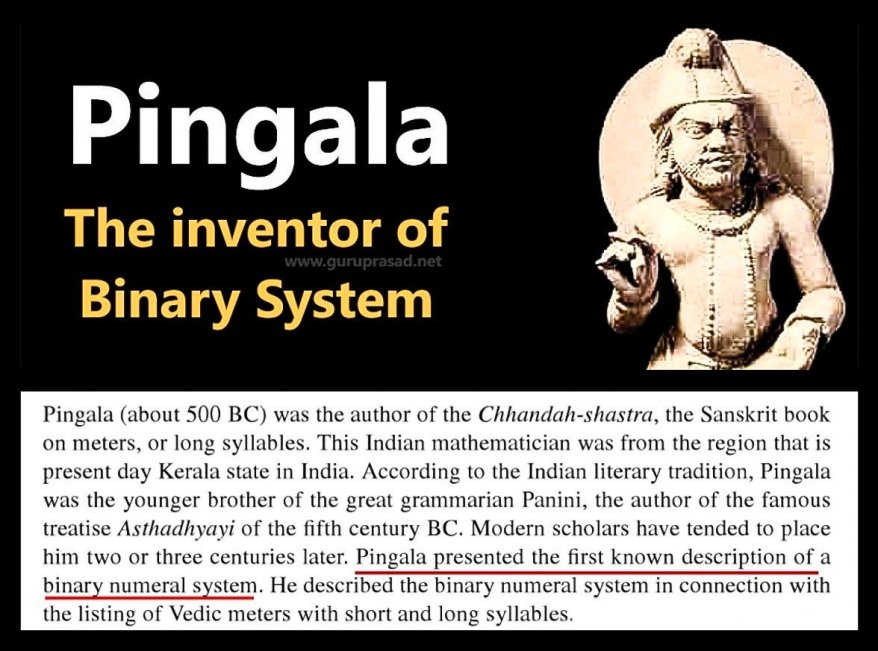 Post-Renaissance Europe rediscovered all those Indian mathematical theories, almost 2,000 years later. For example, one can mention French mathematician Blaise Pascal’s (June 19, 1623 – August 19, 1662) projective geometry, especially tabular presentation for binomial coefficients, now called ‘Pascal’s triangle‘. As Pingala explained the concept of zero in language, and not in symbol, it is difficult to guess how zero was seen in ancient India. The lack of direct written evidence in Indian history creates troubles for the researchers.
It became important to invent a symbol of zero in order to make a difference between eleven (11) and one hundred and one (101). Since the 4th Century BCE, the Babylonians had been systematically using a special symbol (<) to meet this need. Even, the Chinese people used a gap, called ‘Cong‘, between two digits as zero. In case of multiple zeroes, they made the gap large! Of course, the use of Cong was not so easy as a wrong guess work might have led to a wrong number, especially if the number ended with a zero or zeroes! In Mayan civilisation, people used the red oyster in place of zero. It is believed that Aryabhata (AD 476-550) and Brahmagupta (AD 598-668) – the two major Indian mathematician-astronomers – started using zero as a mathematical number… 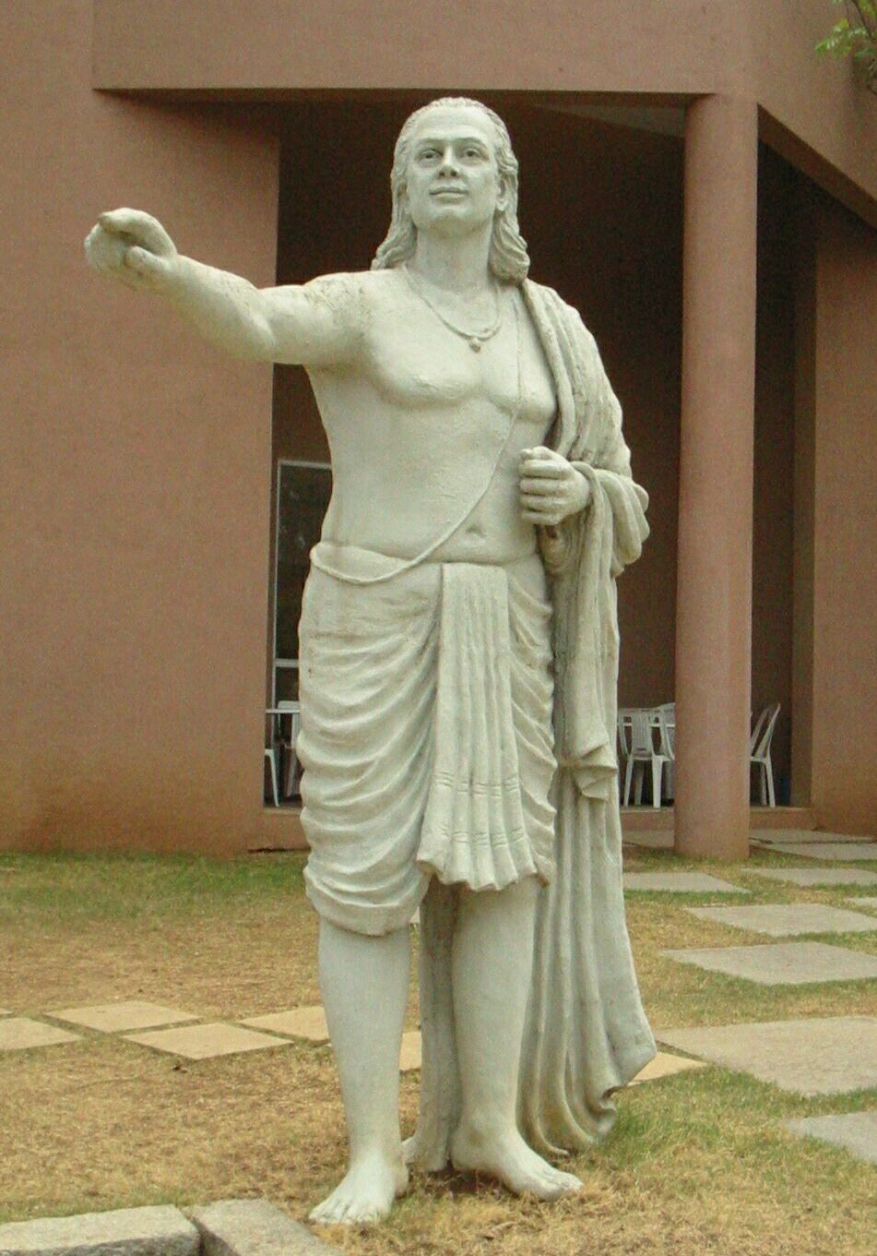 In ancient Indian literature, the appearance of zero was not like ‘0’ as it is today, but as a point (.)! Perhaps, the Indians used the modern symbol of zero (0) in 7th Century AD. The restoration of the history of zero is just like a puzzle… the researchers are still trying hard to explore the real (ancient) image of zero by merging many pieces of history. Unfortunately, some of the pieces have been misplaced… maybe forever! Therefore, scholars have tried to create new images of zero with the help of logic and imagination. With the discovery of an unknown piece, the image changes and new possibilities are developed. This is an unending process, which might help us find the birthplace of zero, one day!