Bloodbath On, Atrocities At Galore

Well, it is just a small room made of wood at the back of a hospital in the north-eastern Syrian town of Ras al-Ain. Recently, this room has been turned into a makeshift morgue! Now, the Kurds are counting the bodies of their comrades there…
A large blue-coloured bag was lying on a table inside the room. As a young Kurd unchained the bag, he found the body of his beloved friend inside it. There were so many bags in the room, containing bodies of the Kurd fighters who were killed by the Turkish forces. An aged person discovered his son’s body in one such bag. “Can you tell me what my son did? He was not a member of the Syrian Democratic Forces (SDF). Still, the Turkish forces killed him,” he wailed.

Earlier this week, the Turkish Foreign Ministry confirmed that more than 500 Kurd fighters were killed during the ongoing Turkish military operation in northern Syria (launched on October 9). However, a local Human Rights Organisation has claimed that the Turkish forces killed hundreds of innocent civilians. The organisation also said that nearly 100,000 people left their homes for safer places. It blasted Turkey for bombarding Syrian villages situated near the border area.
Many countries, including India and Italy, have condemned the Turkish military strikes in Syria. The UN and NATO, too, have urged the Recep Tayyip Erdoğan Administration in Ankara to show restraint. Thousands of people took to the streets in Paris and major Australian cities to stage protests against anti-Kurd military operation by Turkey in Syria. Germany has announced that it would stop supplying arms to Turkey. However, Ankara has ignored the global appeal. Although Turkey has claimed that they captured the Kurds’ main base in Ras al-Ain, the Kurdish people rubbished the claim. According to sources close to the Kurds, the SDF launched counter attacks on the Turkish forces!

The US, too, made an attempt to resolve the crisis through mediation. However, its NATO partner rejected the offer! Instead, the Turkish forces bombarded the US military base in Kobanî. The Pentagon confirmed the news, saying that no US soldiers were killed in the attack. After considering the situation, US President Donald Trump has hinted that he might send more forces to Syria in order to bring the situation under control or impose economic sanction on Turkey.
Meanwhile, Saudi Prince Turki al-Faisal has strongly criticised the US’ ‘Syria Policy’, stressing: “The situation in Syria, we really don’t know where the United States is, for example, is it in or is it out?” In December (2018), President Trump had announced that he would withdraw troops from Syria… and, the US forces started leaving the war-ravaged West Asian nation earlier this month. Within a couple of weeks, Turkey attacked the Kurds. al-Faisal also slammed the US for withdrawing troops from Syria. “The US forces, all of a sudden, fold up their tents and silently fade away. I think, it’s not the right thing to do. That’s been the case not just since Trump, but since Obama. You remember the ‘red lines’ of Obama, nothing coming through on that. Subsequently, Trump’s contradictory statements about the removal of American forces,” insisted the Saudi prince. 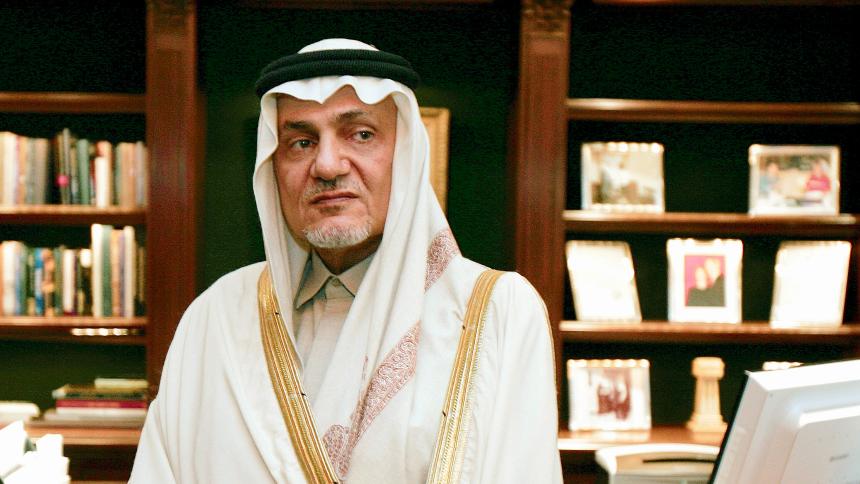 Interestingly, Pakistan has offered what may well be considered as unexpected support to Turkey over Syria offensive ahead of President Erdogan’s visit to Islamabad. Pakistani Prime Minister Imran Khan called President Erdogan on October 11 to “convey Islamabad’s support and solidarity”. The Prime Minister’s Office said in a statement: “The PM told him that Pakistan fully understands Turkey’s concerns relating to terrorism. Pakistan is fully cognizant of the threats and challenges being faced by Turkey having lost 40,000 of its people to terrorism. The PM also said that Pakistan stands in full support and solidarity with Turkey.” 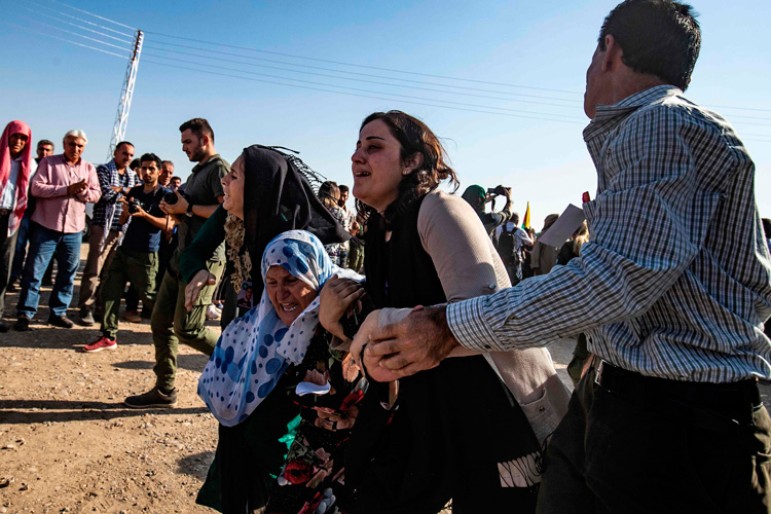 Unfortunately, the situation in northern Syria is going out of control, as bloodbath continues…