They would not accompany Santa Claus and greet All on Christmas this year, as they had to die in a tragic fashion!
Nearly 200 reindeer have recently been found dead from starvation in Svalbard, the Norwegian archipelago between mainland Norway and the North Pole. The archipelago is one of the world’s northernmost inhabited areas, which is known for its rugged, remote terrain of glaciers and frozen tundra sheltering polar bears, Svalbard reindeer and Arctic foxes. 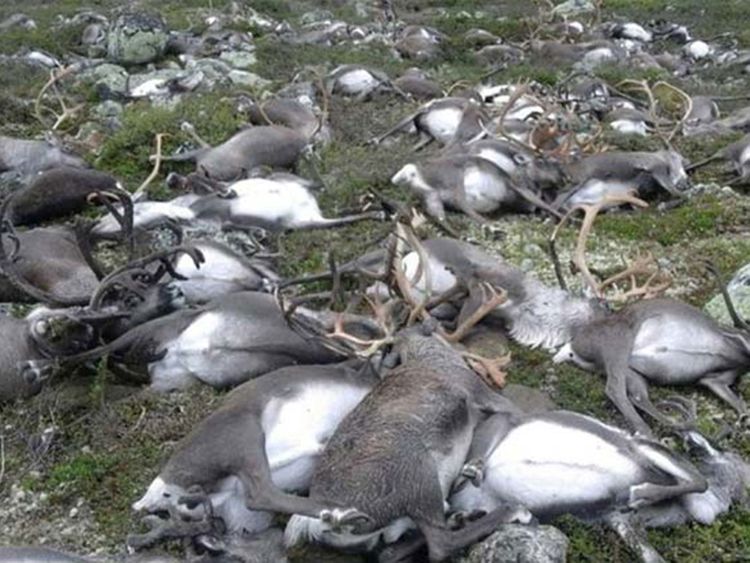 Three researchers of the Norwegian Polar Institute have confirmed the news, saying that those animals died because of climate-crisis that had triggered shortage of food for them in 2018. They have expressed serious concern over the scenario, as it is the first time when so many reindeer died at a time. Senior researcher Ashild Ønvik Pedersen said that they have been conducting researches on reindeer for the last four decades in order to understand their character. She explained that the character or behaviour of members of this species would help researchers understand the ecology of the Tundra region. “It is scary to find so many dead animals. This is a terrifying example of how climate-change affects nature. It’s just sad,” stressed Pedersen.

The ecologist has informed the press that those reindeer were unable to get food due to heavy rainfalls in Svalbard last December. Pedersen stated: “Climate change is making it rain much more. The rain falls on the snow and forms a layer of ice on the Tundra, making grazing conditions very poor for animals.” According to the senior Researcher, the Svalbard reindeer find vegetation in the snow in winter by using their hooves. However, alternating freezing and thawing periods created layers of impenetrable ice, thus, depriving the animals of their much-required nourishment… 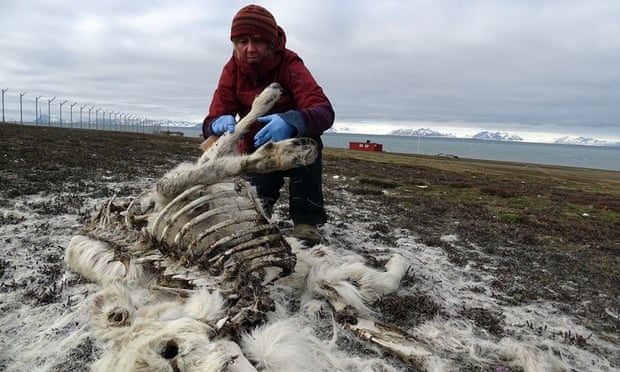 In its latest report, the Norwegian Polar Institute has stated that the number of reindeer has doubled in Svalbard since the 1980s. Now, there are nearly 22,000 reindeer in the region. The report further said that the reindeer play an important role in maintaining a balance in the ecosystem not only in Tundra region, but also in Polar regions, Asia and North America.
Although their predators are few, the carcasses of reindeer are an important part of the diet of the Arctic foxes. As the reindeer compete for food with a number of bird species, any change in their numbers will certainly have an effect on other animal populations, and also on vegetation growth.
“Svalbard is now experiencing the biggest and fastest changes in air temperature on land. The consequences for the state of ecosystems are currently unclear, but can potentially be so dramatic that monitoring must be prepared to be able to adapt quickly to the new conditions,” concluded Pedersen.