The importance of Industrial Revolution in Human Civilisation is absolutely undeniable! It is widely believed that Human Beings started leading healthy lives from that very moment, as we have made unprecedented progress in every aspect of life: increase in average life expectancy‘, rise in income and increase in the amount of consumption, since the Revolution that had taken place from the 18th to 19th Centuries. So far, we have learnt that it was not possible for the world to make a steady progress; without the Industrial Revolution.
Scientists recently claimed that the Industrial Revolution has also made some other contributions… According to scientists, the transition to new manufacturing processes – mainly in Europe and the US – is somewhat responsible for environmental degradation and global warming! In its latest report on how humanity’s burgeoning growth is putting the world’s biodiversity at a perilous risk, the UN has stated that nearly one million of the estimated eight million plant and animal species on the Earth are on the brink of extinction, many of them by this decade! Scientists and Researchers have clearly mentioned that the fruits of the Industrial Revolution are slowly devouring our world… and, it is not a mere coincidence!

A natural and logical question as to Why it is so? has, as its reply: It is because the process of production had changed from that very moment in History! The excessive use of capital and machineries has taken the production beyond human limitations. The machineries went on to use up more natural resources than the human beings… Here, it may be crudely mentioned that we have always taken from the Mother Nature, without bothering to return anything to Her…
We do not have to be scientists to realise this fact. The Great Indian Poet and Philosopher, Rabindranath Tagore, had mentioned nearly a century ago that people have not learnt to reciprocate. It would have inevitable forms of consequence, such as the destruction of biodiversity and loss of lives. 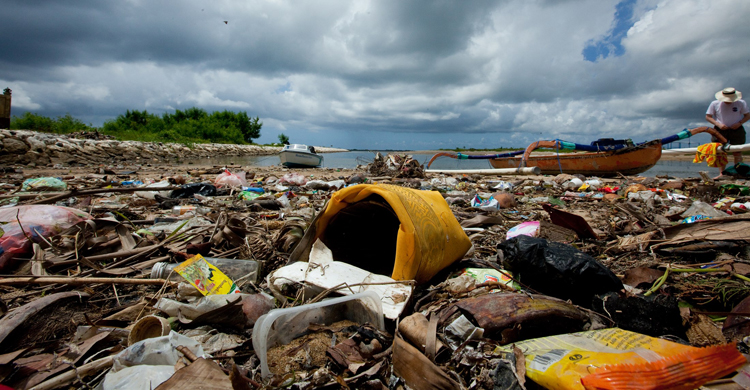 The main pillar of an industrially developed society is consumerism! In such a society, the people always try to find happiness or pleasure in products. The people fail to realise the danger, as they slowly get detached from the Nature! People have always wanted to enjoy more, and the adherents and advocates of the free market economy have always tried to meet their demand! It is said that the Market only understands the equation of Demand and Supply, as its aim is to maximise the profit! The Market has little interest in protecting species or in safeguarding the nature if they prove, in a way, detrimental to its own interests… It is such a process that Market can’t keep a tab on the Nature… for the market, it’s not a new problem!
Economists, like Henry Sidgwick (May 31, 1838 – August 28, 1900) or Arthur Cecil Pigou (November 18, 1877 – March 7, 1959) who advocated externality, not only discussed this particular problem, but also told us how to resolve the issue! They had advised the State to force the Market to bear the economic burdens of externality. The Carbon Tax may be stated as a fine example of this.

A sea lion swims, wounded by nylon string and pieces of fishing

However, we – from our experience – know that it is difficult to separate the Market and the State. People, who rule the State, have always tried to safeguard the interests of the Market. Therefore, we can never expect the State to control the Market in order to protect the Nature!
Now, one question keeps floating: Is it possible for ‘non-State actors’ to save the Nature? The answer, perhaps, is: No, it is not… Neo-liberalism tells us not to control the Market! According to Neo-liberalist ideas that are associated with laissez-faire economic liberalism, and free market capitalism, the Market, itself, will take care of everything, today or tomorrow! There may be a separate discussion on the rationality of this argument…

The fact of the matter is that Capital cannot take care of the broader space, where we find the marginal people and biodiversity. Now, the question arises: who will take care of them? If we are not successful in finding a suitable answer to this, and that too quick, we would not have sufficient time to get the answer chalked out by Mother Nature!!!