Love In The Air…

The bride was from Palestine, and the groom from India… They had their share of hurdles, while tying the nuptial knot! Now, both of them want their son to follow the ideologies of Mahatma Gandhi, and Yasser Arafat!

Her smile was like the Spring, and her eyes were transparent like the Jordan River. She was curious to know about India! Maphaz Ahmad Yousef, the Palestinian girl, had stolen the heart of many eight years ago. However, only one person from the Indian capital of New Delhi was able to attract her with his love!  knew that the task was difficult, but he was committed to convince Maphaz. He arrived in Gaza as a member of an international humanitarian convoy in 2011. At that time, Badar was pursuing a PhD in Peace and Conflict Studies at Jamia Millia University in Delhi. And now, Maphaz is not only Badar’s wife, but also the mother of his son, Arafat!

Badar recently shared his love story with the media in the presence of his wife at their fourth-floor house in Jamia Nagar, New Delhi. He said that Maphaz’s dad, Dr Ahmed Yousef, was Deputy Foreign Minister of the Hamas Government in Gaza, and a Senior Political Adviser to the Hamas leadership. As it was not possible for the Palestinian authorities to hold elections after the end of five-year term of that government, Dr Yousef resigned as minister and joined as the President of the House of Wisdom Institute for Conflict Resolution and Governance. Badar recalled that it had become really difficult for him to convince Dr Yousef. “I had to travel to Gaza a couple of times. I contacted Maphaz’s uncle over phone and he told me that Dr Yousef was not ready to accept me as his son-in-law,” he added.
How he made the thing possible? Before discussing about that, we should start the long-distance love story from the beginning.

At their residence in Jamia Nagar, New Delhi

“Maphaz was our translator who helped us interact with the locals. She was very attractive, knowledgeable and had an infectious smile. Many in the convoy competed with each other to talk to her. She had this enormous interest in India, and asked me endless questions about our country,” insisted Badar. The charm is still there at their Delhi residence…
Badar had spent just five days in Gaza during his first trip to Palestine. And he returned to India with a dream! The distance between the two countries had no effect on the warmth of their relationship. Badar was in constant touch with Maphaz via e-mail, Facebook and telephone. According to the Delhiite, Maphaz was very much worried about the political situation in Palestine at that time. The two discussed about the Palestine-Israel crisis a lot! Not only Badar, but Maphaz, too, fell in love. So, she didn’t take much time to accept the Indian’s proposal! However, she told Badar: “It is possible only if my family agrees to it.”

Both Maphaz and Badar had to wait to get the permission. When Maphaz’s uncle informed Dr Yousef about their relationship, he said: “My daughter will marry only a Palestinian.” Commenting on her father’s response, Maphaz said: “He is very liberal and I think it had more to do with fact that he did not want me to move out of our country.” However, she did not give up, as she decided to move to the Land of Mahatma Gandhi! Somehow, she gathered enough courage, and discussed the issue with her mother. “She suggested that I should ask Badar to talk to my father directly. I did and Badar, along with his father, arrived in Gaza in June 2013 to meet my dad,” stressed Maphaz. Both the fathers heard their children patiently, and they got engaged two days later. The two families decided that the marriage ceremony would take place in Gaza in December 2013.
However, there was another twist in the story… The couple said that the venue was decked up, guests arrived at the venue… but, Badar and his family members could not travel to Gaza due to the deteriorating political situation in neighbouring Egypt, as they were supposed to enter into Gaza from Egypt. “So, I was a bride without a groom. But we went ahead with the party. We put up his picture and danced to Bollywood numbers,” said Maphaz, adding that the marriage finally took place in New Delhi on January 14, 2014. “As we prepared to travel to Delhi, my friends and relatives in Gaza were excited…” she told the press. 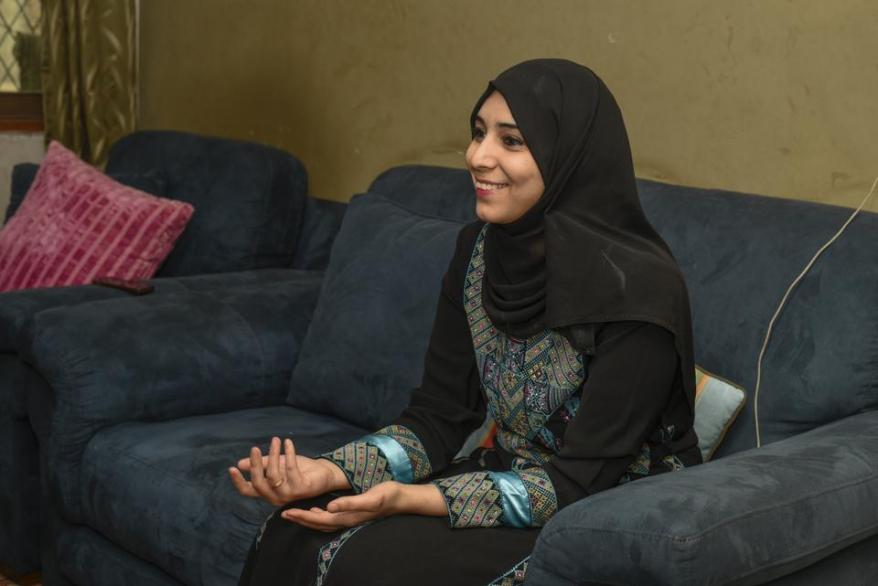 Maphaz admitted that it had become difficult for her to adjust with the Indian condition. “Unlike Gaza, a coastal enclave with pleasant weather and clean air, Delhi was hot, polluted and overcrowded. It took some time getting used to it,” said the Palestinian girl. However, her in-laws were much caring… “Everyone in the family was too happy to have a ‘foreign’ daughter-in-law,” she added. However, it was hard to explain to many of her new relatives which country she had actually come from. “While India is very popular in Palestine, I realised there is not much awareness about Palestine here. Sometimes they thought I am from the Philippines, sometimes they confused Palestine with Pakistan,” stressed Maphaz.
In 2015, Maphaz enrolled her name in a Post-Graduate course in Conflict and Peace Studies at Jamia Millia Islamia University. She was surprised to see that the main administrative building of the university has a hall named after Yasser Arafat, the first President of Palestine. Now, she is not only working as a Palestinian envoy to India, but also as the Executive Director of the IndoPal Foundation – an independent organisation advocating Palestinian rights and working to achieve a positive and accurate public opinion on Palestine. Maphaz often attends conferences and seminars across the South Asian country to speak on the Palestine-Israel conflict. 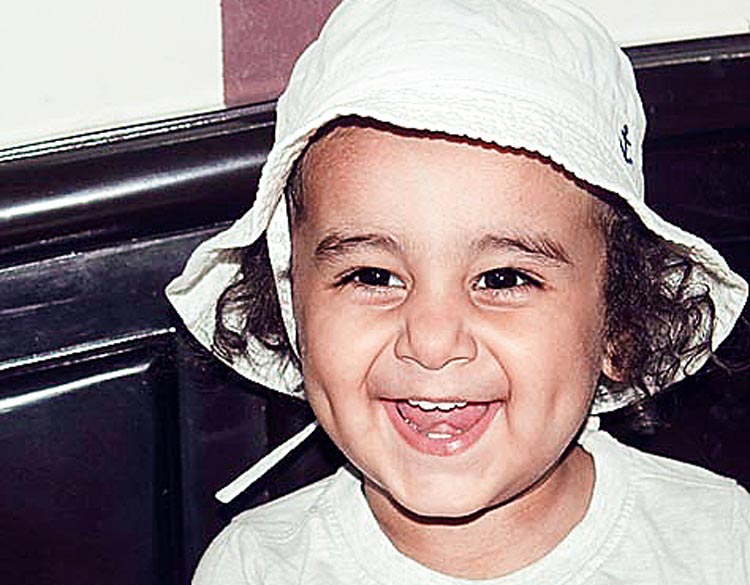 Three years ago, Maphaz gave birth to Badar’s son, Arafat. “I wanted to name my son either Gandhi or Arafat, but finally I chose Arafat. I want him to be like Gandhi, whom I consider a self-sacrificing man of exceptional values,” concluded Maphaz…