A wage-earner recently boarded a train at the Harvard Square T Station, with a tiffin box and a bag! He got a seat, sans much difficulty, as the train was not so crowded. Then, he started reading a book… This is a common practice in Cambridge, as many commuters read books while travelling by train. So, the daily-wager’s act was quite normal. However, the title of the book surprised many of his co-passengers… It was Das Capital, written by Karl Marx!!!
An Indian national, who was also travelling in that train, introduced himself to the person. The wage-earner told the Indian that he purchased the book just before catching the train. There are a number of book stores near the University campus and those stores have a huge collection of Marx’s biographies and publications. He had purchased the book from one of those stores. The wage-earner told the Indian: “This book was written for us, who work hard throughout the day, but have no shelter! We have to spend the night at footpaths…”

He continued: “This book is for everyone. Experts failed to predict that the economic crisis would rock the US in 2008. But, Marx had said so, long ago. He had rightly predicted that increasing industrial profit could trigger fresh problems for the people… and crash the market!” In fact, the global situation before and after the 2008 recession helped us realise that we had artificially enhanced the shrunk purchasing power by providing loans, thus, creating a debt trap for the industries. And, we know what happened later!
What is the way out?
According to Marx, we have to find out the nature of reasons behind the disaster. And then, we have to change the world in a way such that each and every person can live according to his/her choice… they will have to work according to their respective abilities, and consume according to their needs! Indeed, it is a difficult task! It is, hence, better to deny the crisis. Despite experiencing the recession, the Economists – supporting the Free Market System as suggested in Capitalism – opined that it would be better to follow the Economic Theories as explained in books. They also suggested to stick to the existing mode of production in order to overcome the crisis! 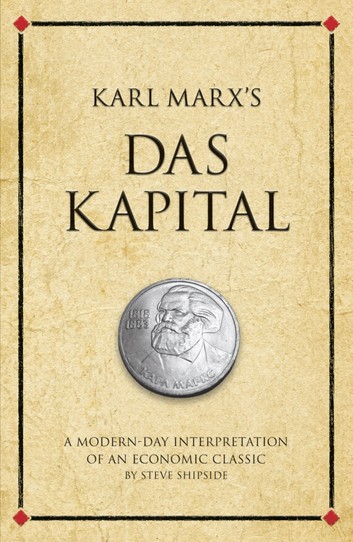 Since the Second World War, the Global Community has encountered recession at least seven times. Among them, the 2008 recession was a terrible one! Even, the Wall Street Journal – widely considered as the brain of Global Capitalism – had to analyse the crisis from the Marxian angle. It stated that the US could overcome the economic crisis by following the path prescribed by Marx! The Wall Street Journal also said that the corporate profits had increased overwhelmingly. Also, there was a rise in unemployment due to the increasing production capacity. However, the corporates had shown no interest in resolving the issue!!!
The revival of Global Capitalism and the fall of Socialism prompted the guards of the established system to describe Marx’s theories as irrelevant in the 20th Century. Interestingly, many publishers in the US and Europe reprinted Marx’s publications in 2008. A noted economist said: “The return of Marx does not mean that his doctrines are irrefutable, but those are essential.”

The German philosopher, economist, historian, sociologist and political theorist had never claimed that his doctrines were irrefragable! The method, followed by Marx, does not allow anybody to make such a claim. He devoted his entire life to explain the relation between self-development of human beings to its fullest and its social existence. He made a serious attempt to see products (or the objects) in their real forms, to explain products through their internal characteristics, and to explain the social evolution through Dialectical Materialism (thesis, anti-thesis and synthesis). His method – popularly known as Historical Materialism – believes that “nothing is constant, but the change”. Marx, once, wrote that his favourite motto was “doubt everything”.
That’s why the German philosopher spent nearly three decades at the British Museum. The great thinker of the 19th Century verified whatever he saw, heard and felt through the lens of dialectics. He tried to use his knowledge properly while dealing with social and political issues. He was close-fisted, as far as writing was concerned. Marx used to write nearly 900 words in a page! According to researchers, Marx experienced acute poverty. So, it became difficult for him to purchase notebooks. It seems that the situation encouraged him to be economical while writing! He was not at all upset because of his poverty, as he tried to find out the root cause of this situation. And he discovered that the inhuman and unethical social (or political) system was responsible for that situation.

Marx’s dissatisfaction gave birth to (his) wisdom… and also prompted him to find a solution. His quest for truth helped Marx explain of the structure of the Capitalist Society and identify the forms of class-struggle in different social structures. His critics are still conducting researches on his doctrines not only to overcome the financial crisis, but also to overcome the ethical crisis!
Marx advised the working class to conquer the nature. However, the modern men want to maintain balance with the nature! Although Marx said that the mode of production should follow the social norms, a person can consider this statement as outdated. However, his analysis of the fundamental character of the problem was accurate: the maximisation of profit! Marx was well aware of Aristotle’s statement that “we must not seek exactness in the same way in all cases, but in each what is appropriate to the subject matter and as much as is appropriate to the inquiry”. To gain knowledge for application and to refine the knowledge through its application are manifestations of knowledge. At the same time, wisdom helps us know the limits of our knowledge. And, Marx possessed this quality! That is why his doctrines are still relevant…