Civilisation As Centre Of Controversy

Samuel Phillips Huntington (April 18, 1927 – December 24, 2008), an American Political Scientist who had spent more than half a century at Harvard University, triggered a sensation in global […]

The Great Hall Of The ‘Men’

The Politburo of the Communist Party of China (CPC) will not be seeing full women members, for the first time in 25 years! According to the new Politburo roster released […] 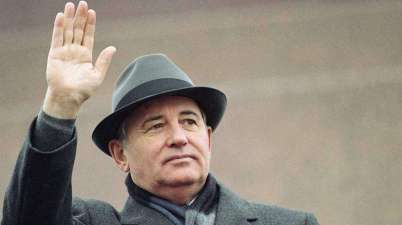 The Withering Away Of…

For the world, it seemed that Socialism withered away in the late 1980s. It was not a great time for the Leftists across the globe. Mikhail Sergeyevich Gorbachev (March 2, […]

Shankar Das had returned to India in 1983, after spending more than 13 years in the erstwhile Soviet Union, where he earned a Doctoral Degree in Chemistry. Upon his arrival […] 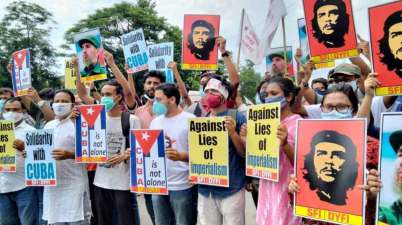 Not only COVID-19, but also imposing economic blockade on another country (that too for six decades) tantamount to contracting an incurable virus. Cuba, the country of Fidel Castro, issued such […] 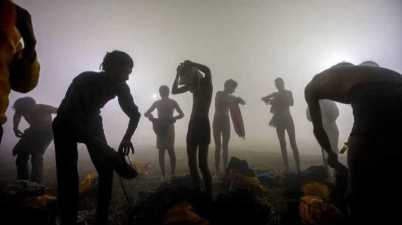 dedicated to my respected teachers, Dr Arunabha Ghosh, the former Head of the Department of Political Science, Rabindra Bharati University, Kolkata, and Dr Kunal Roy Chowdhury… It is known that […]

The 30th Anniversary Of The End

dedicated to my respected teacher, Dr S Datta Gupta, the (Retired) Surendra Nath Banerjee Chair of Political Science of University of Calcutta, and one of the most distinguished scholars of […]

The famous sculpture, called the Pillar of Shame, was there in the campus of the University of Hong Kong for more than two decades. The 26ft-tall sculpture made of bronze, […]

A Somewhat Different ‘Past’

Russian President Vladimir Vladimirovich Putin recently said that he used to drive a taxi to supplement his income, following the fall of the Soviet Union. In upcoming documentary film, dubbed […]