Things were not going well… the young lady thought that everything would be fine, some day… but, she was wrong. One fine morning, the young man informed her that he was in love with another woman! Further to it, he also left her to stay with the other one… The house, as well as the furniture, belonged to the young man. Before leaving her, he told the lady that she could stay there. She, then, destroyed all the furniture with an axe. A couple of months later, he came back to collect those damaged furniture!

That axe now lies in Zagreb’s Museum Of Broken Relationships. There, visitors can find the axe, as well as the story written on the showcase. Zagreb is the capital of Croatia, the Southeast European nation on the coast of the Adriatic Sea. After four-year of courtship, Film Producer Olinka Vistica and Sculptor Dražen Grubišic decided to break their relationship in 2003. Before parting their ways, they also decided to build a museum that would host various items used by them! Three years later (in 2006), both Olinka and Dražen asked their friends to return those items in which one could find their untold stories. Friends managed to find such items, and returned them to Olinka and Dražen, who showcased the relics of their failed relationship at an Art Gallery in Zagreb. 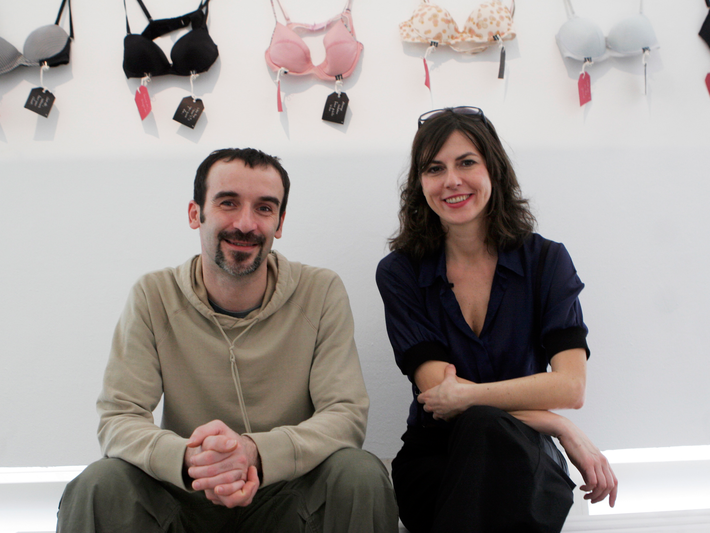 A couple of years later, the items used by Olinka and Dražen were exhibited in Germany, Bosnia, Argentina, South Africa, Singapore, Turkey, the US and some other countries. People, who faced similar experience, also donated items used by them and their former partners to Olinka and Dražen. The producer-sculptor duo, then, requested the Croatian Ministry of Culture to give them a space for showcasing those items. As the ministry rejected their request, Olinka and Dražen took a 3,200sqft area in Zagreb on rent to set up Croatia’s first privately owned Museum in October 2010!

One can find a pair of stiletto shoes, a strip of tablets, a damaged wrist watch, a coffee-maker, bottle opener, dolls, gloves and many other items in the Museum. And, there is a story of broken relationship, accompanying each and every item. There is a postcard in the Museum Of Broken Relationships. A senior official said that a girl used to stay in a village in Armenia. A local boy fell in love with her. As the boy failed to propose to her, he sent a postcard. Later, the boy’s parents visited the girl’s place, as they accepted the girl as their would-be daughter-in-law. However, the girl’s parents refused to accept their proposal. On that day, the boy ended his life by jumping from the top of the mountain. The girl, now a lady, donated that postcard to the Museum seven decades after the incident, stressed the official!

A girl had met a boy at a Valentine’s Day Party in Helsinki. It was love at first sight for both. At that time, the boy was jobless and was going through a difficult phase. However, the girl agreed to stay with him! Once, they were travelling in a metro. Just before alighting from the train, a man handed over a piece of paper to them. He made a pencil sketch of them on that piece of paper. Later, the girl got an opportunity to study at a foreign university. However, she rejected the offer as she was not ready to leave her partner. As the boy wanted the girl to pursue such a degree, he tried his best to convince her. Finally, the boy took a drastic step and broke their relationship. With tearful eyes, the girl left the place for the foreign university. A month later, the boy met with an accident. Although he survived, he felt lonely and sent a letter to the girl, asking her to come back. The girl replied that it was too late, as she found her man! The disheartened boy donated that sketch, the work of an unknown man on a train, to the museum…

Amsterdam, 1959. They were close friends. Her parents scolded the girl when she went to a canal with the boy to take bath, together. Later, she was sent to a relative’s house as a punishment. When the girl was 15, the boy, along with his family, left for Germany. Before leaving the Netherlands, the boy promised that he would sent a letter every week and the girl said that she would wait for him. They boy never returned. Somehow, the girl managed to survive and took up prostitution as a profession. Once, she met a different customer, who wanted to be abused. As his parents used to abuse him, he wanted to experience what was stored in his memory. The girl easily identified his childhood friend. The customer told her that he was staying with his second wife… so, it would not be possible for him to marry her. Before leaving her place, he requested the girl to allow him to take her stiletto shoes. The girl agreed, and the shoes found their places in the Museum of Broken Relationships.

A Slovenian boy used to love a girl, but never expressed his feeling. Everyday, he used to give something to the girl as gift… a key and a bottle opener were among those… both were miniatures and made of bronze. The girl still believes that she could unlock the door of her heart with that key and the bottle opener is the symbol of freeing the mind! By the time, the girl realised the boy’s feeling for her, he died of AIDS!

What is the definition of Ideal Relation? No one, possibly, has the answer. Some say that transparency is the base of any relationship. Those, who are transparent, can easily express their love! However, a girl and a boy from Tokyo had other views.

The boy was shy… he could not express his feeling. In a Christmas morning, he discovered a letter under his pillow… it was written on the first page of a picture book. Immediately after discovering the letter, he found the girl near his bed! They started enjoying their relationship after the girl broke the ice. They were very much transparent to each other… and that was their fault! They knew each other a lot… so, they lost interest gradually and drifted ways. Many years later, the boy donated the letter to the Museum of Broken Relationships. The girl had written on the letter: “Goodbye first love, welcome the World!”

We all have different ways of dealing with the mementos left behind when a love is lost… as maudlin a subject as it may seem, the feeling of being alone deep inside one’s heart is universal!