The situation has worsened in the last few weeks. Some Police officers have resigned from their job, and joined the anti-Government protests, while the military has distanced itself from the ruler who had cried a coup d’etat. Finally, Bolivian President Evo Morales bowed to the growing pressure, tendering resignation to the Legislative Assembly and announcing fresh elections! Morales, in power for nearly 14 years, said in televised comments earlier this week that his resignation would help ease violence that has gripped the Latin American nation since a disputed election. He also said that his move would help restore stability in his country. “I am resigning, sending my letter of resignation to the Legislative Assembly. It is my obligation as indigenous President and President of all Bolivians to seek peace,” he was heard telling the Nation over television!
Bolivia held the Presidential Elections on October 20, and Morales won the Elections as he bagged 10% more votes than his nearest rival. However, the counting process was stopped for 24 hours. Later, the Oppositions claimed that Morales had rigged the poll, triggering anti-Government protests throughout the country! Clashes between the protesters and Police have claimed three lives so far…

Patricia Arce, the Mayor of the Bolivian city of Vinto, was beaten, dragged through the streets barefoot, covered in red paint, and had her hair forcibly cut by a crowd of masked protesters last week in what appears to be the latest outburst of political violence. Later, the Police rescued the mayor. Then, some administrative officers, too, put the President under pressure. The Police officers, stationed at the Presidential Palace in La Paz to protect Morales, resigned, leaving just one Army personnel at the Palace. Although the President was not at his residence at that time, some Police officers were staging protests near the Palace, thus, threatening his security!

Earlier, Organisation of American States (OAS) – the continental organisation that was founded on April 30, 1948 for the purposes of regional solidarity and co-operation among its member states – stated in a report that the Presidential Election was not transparent! “The manipulations to the computer systems are of such magnitude that they must be deeply investigated by the Bolivian State to get to the bottom of and assign responsibility in this serious case,” the preliminary OAS report had said. Immediately after President Morales tendered his resignation, Opposition leader Carlos Mesa urged the Parliament to declare National Emergency in an attempt to restore peace. Meanwhile, the departure of Morales – a Leftist icon and the last survivor of Latin America’s Pink Tide of two decades ago – has sent shockwaves across the region at a time when Left-leaning leaders have returned to power in neighbouring Mexico and Argentina. 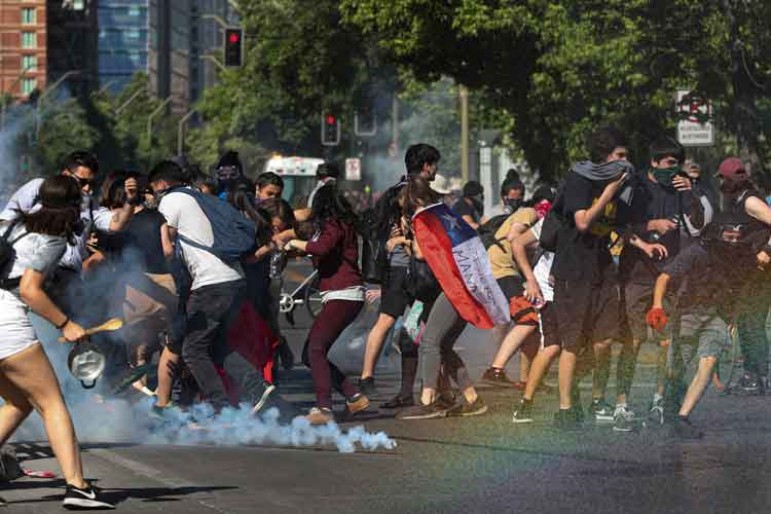 Experts are of the opinion that President Morales’ resignation is not an isolated incident. From Honduras to Hong Kong, from Ecuador to Iraq, the anti-Government protests have rocked various countries across the globe in recent times. People are staging protests mainly against Government policies, price rise, corruption in politics, and other sensitive issues…

On November 17, 2018, the French people started the Yellow Vest Movement for economic justice, opposing what it sees as the wealthy urban elite and the establishment. Millions of people have taken to the streets, protesting against price rise, in different countries. Chile, another Latin American country, is going through a turbulent period. Supporters of Pro-Brexit and Anti-Brexit Movements, too, are staging protests in Britain. Residents of the Spanish region of Catalonia seek the Independence (of Catalonia) from Spain and, by extension, the Independence of North Catalonia from France and that of other Catalan Countries. Papua New Guinea, Kazakhstan, Haiti, Lebanon, Venezuela and Algeria, too, are experiencing anti-Government protests. In Pakistan, the November 3 ‘Azadi March’ (‘Freedom March’) demanded an end to Prime Minister Imran Khan’s administration, with Opposition leader Maulana Fazl ur Rehman saying that the 2018 Parliamentary Elections were not transparent and the administration was behind the selection of the government!
It seems that the anti-establishment sentiment will sweep over more countries in the coming months, as it has become increasingly difficult for the political society to dominate the civil society…