The Women Of Freedom

Iran recently played the qualifying match for the 2022 Football World Cup against Cambodia, in Tehran. Over 4,000 women, covering their heads and holding national flags, were present at the stadium to cheer the home team on that day! They enjoyed watching the game, and rejoiced each and every goal scored by the hosts. Those moments were captured in cameras, as the West Asian nation experienced such moments after four decades. After the 1981 Islamic Revolution in Iran, Women were not allowed to enter the stadium and to enjoy sporting events together with men. In 2006, the then Iranian President Mahmoud Ahmadinejad had made an attempt to allow women to enjoy sports events live from inside the stadium, but failed…
The Global Community has welcomed this development, with the media addressing these sports-loving ladies as ‘Women of Freedom‘! However, some have raised an important question: whether Women’s Liberation has actually taken place in Iran! Philip Luther, the Director (Middle East and North Africa Research and Advocacy) of Amnesty International, said: “Iran’s decision to allow a token number of women into the stadium for the football match is a cynical publicity stunt by the authorities intended to whitewash their image following the global outcry over Sahar Khodayari’s tragic death.”

Khodayari, also known as Blue Girl, was a 29-year-old Iranian woman who set herself on fire in front of the Islamic Revolutionary Court of Tehran on September 2, 2019. She did so in protest of a possible sentence of six months in prison for having tried to enter a public stadium to watch a football match, as there was a national ban against women in such events. She passed away on September 9.
There are 78,000 seats at the Azadi Stadium, an all-seater football stadium in Tehran that was known as Aryamehr Stadium. Immediately after the concerned authorities started selling tickets through Internet, women booked 90% of seats! However, more than 3,500 women were unable to get tickets. The concerned authorities deployed 150 female security officials for the match. Unfortunately, female photojournalists were denied permission to cover the match! Moreover, female football fans had to seat 200m away from the male spectators…

Dependency is a part and parcel of Iranian women’s life. They used to enjoy Freedom during the rule of Pahlavi Dynasty (from 1925 to 1979), before the Persian monarchy was overthrown and abolished as a result of the Islamic Revolution. Girls had tasted success especially in higher education, as well as in sports, during that period. The situation changed after the Revolution. According to Global Gender Gap Report of the World Economic Forum 2017, Iran occupies the 140th position as far as gender discrimination is concerned. In terms of legal rights enjoyed by women, Iran’s place is at the bottom of the global list! Only 19% Iranian women are working ladies!

In a report, the World Bank has stated that married Iranian women have to follow 23 rules, as their nation wants to see them as wives and mothers only. The Constitution curtails their Independence inside and outside of their homes, with the use of good words. The Society, too, does not tolerate their Freedom. Without the Head of the Family’s permission, they cannot apply for passport, cannot enjoy trips, and even cannot go to the office! In Iran, women are not welcome in media, blogging and social reform activities. The Women’s Rights activists find their places in the jail. Nasrin Sotoudeh, a prominent Iranian Human Rights lawyer who had defended women protesting against having to wear the Islamic headscarf, was detained and sentenced to a five-year prison term in 2018. Earlier in 2012, the outspoken critic of the country’s judiciary, which is dominated by hardliners, was honoured by the European Union with the prestigious Sakharov Prize for Freedom of Thought… 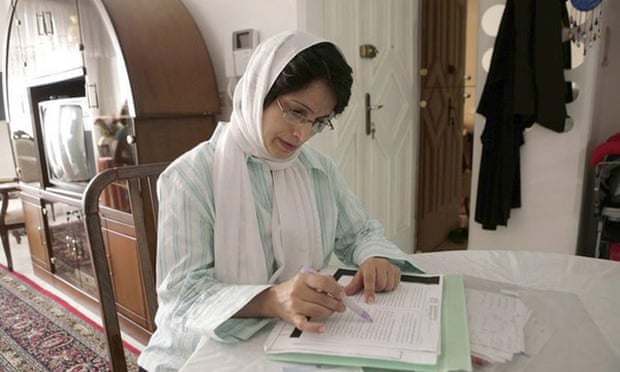 Hence, the permission for women to enter the stadium is not enough. It is just a small step… the Iranian women will have to undergo more phases of struggle…