She loves India… to be precise, she loves Hindu India! She earnestly believes that Hinduism is the Best form of Religion and Shreemad Bhagvad Geeta is the Best Religious Scripture. So, she had presented the Geeta to the Prime Minister of India. This act had brought Tulsi Gabbard, the only Hindu Representative at the US Congress, into the limelight!
During her formal entry into Politics, Tulsi took oath with a Geeta in her hand. The Holy Book was her regular companion in Iraq during her Wartime Duty. As expected, the Hindu Indians showered praises on her, when she gifted the book to Indian PM Narendra Modi. Her strong devotion to the Hindu way of life has made Tulsi the best friend of the non-resident Hindu Nationalist Indians.
The Hindu Indians played an important role during her election campaign. With the US gearing up for the 2020 Presidential Election, Tulsi has emerged as a Mascot of Rashtriya Swayamsevak Sangh (RSS, an Indian right-wing, Hindu Nationalist, Paramilitary Volunteer Organisation that is widely regarded as the Parent Organisation of the Ruling Party of India, the Bharatiya Janata Party) in that country! 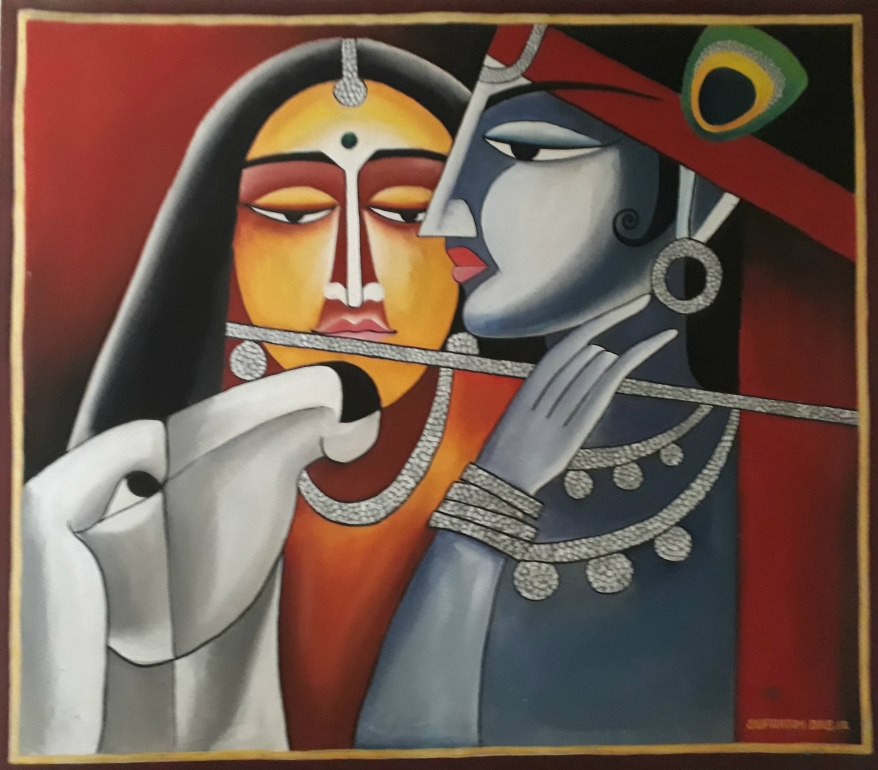 A person’s religion and political belief are her/his personal matter. However, Tulsi has grabbed the attention because of her political identity. She is the member of Democratic Party, which usually follows the Liberal and Democratic path. The Democrats promote Pluralism and Human Diversity, which form the basic foundations of the United States of America! Tulsi, too, carries Pluralist blood, as her father is a White American from Samoa Island on the Pacific Ocean, while her mother is the follower of Gaudiya Vaishnavism, a Vaishnavaite Hindu religious movement inspired by Sri Chaitanya Mahaprabhu (1486-1534) in India. Therefore, it is expected that Tulsi would promote the idea of Absolute Tolerance…
Incidentally, her public image is different! Her love for Hinduism may be explained as a call to return to the roots… but, in a narrow sense. There is a dichotomy in her life – Liberal (family and) Political Ideology and Religious Dogmatism! Despite being a product of a Liberal environment, Tulsi is not so Liberal. These contradictory characteristics of Tulsi are also present in contemporary America. Now-a-days, gunmen kill innocent people in the US only because of racial or religious hatred. Of course, President Donald Trump has issued a statement, saying that there is no place of hate and violence in his country. However, the entire world knows that President Trump has openly promoted racial hatred. At a time when the Trump Administration is threatening to close the US’ doors on Muslims, immigrants and refugees, the President is spreading the message of peace!

Perhaps, President Trump is a little confused… still, he perhaps has no idea as to what to do: to ensure the rights of American people following the national tradition, or to establishing the White Supremacy. Like their president, the people of the US are also confused. And this situation has started influencing the US politics. Tulsi is no exception… she is a member of that Political Society!