The Messages People Get

Indian Prime Minister Narendra Modi recently paid a rich tribute to the first Prime Minister of India, Pandit Jawaharlal Nehru (November 14, 1889 – May 27, 1964), on the latter’s death anniversary. If PM Modi’s messages on different occasions in the last five years are considered, the latest one can surely be stated as astonishing! One may, mentally, proceed to conjecture that there is definitely an intention behind this recognition… however, it would be better to concentrate solely on Pandit Nehru…

Nehru was brought up in a different political landscape, and got a chance, as well, to meet various stalwart personalities… which was not possible for Modi. The main characteristic (or tradition) of the Indian Freedom Movement was to bridge the gap between different contradictory opinions or views. Mahatma Gandhi, it may be said, did that successfully… that is why the Rightists, the Leftists and the Centrists had accepted his leadership! Nehru had followed the same tradition. He not only expressed his views openly, but also encouraged others to ‘question’ the top leadership of the Indian National Congress (INC) Party. Nehru did not hesitate to oppose his father’s decisions many a times. He was also a good listener… as the PM, he had always encouraged Opposition parliamentarians to criticise his government and its policies. Perhaps, the contemporary Indian politicians forget that to argue on different important issues is an inalienable part of the Indian democratic practices…. 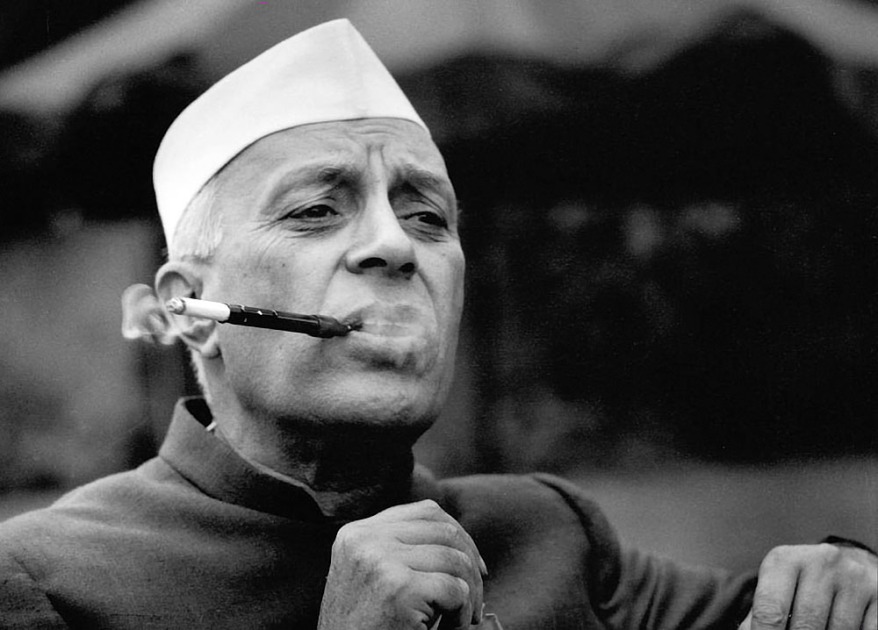 During the crisis period (in British-India), Indians had accepted the fact that criticism does not mean hostility… the scenario has changed in recent times. Our Patriotism is subjected to questions and doubts if we refuse to accept a particular explanation of Nationalism! (Unfortunately), this explanation is mostly undemocratic. Nehru wanted to become the leader of a Liberal Democratic nation, where the basis of democracy would be the ‘acceptance’ or ‘coexistence’ of different opinions, including the Nationalist thoughts! It was the first litmus test for Nehruvian thought of Democracy. The first Prime Minister of India learnt from his mentors how to give importance to all sections of people. Nehru’s view on Nationalism was highly influenced by Gandhi and Rabindranath Tagore, the great Indian Poet and Philosopher. He also experienced Fascism, the extreme form of European Nationalist sentiment, and came to the conclusion that such an ideology would never be effective in India… He used to believe that if someone tries to impose Fascist ideology on India, then people will throw her/him out! 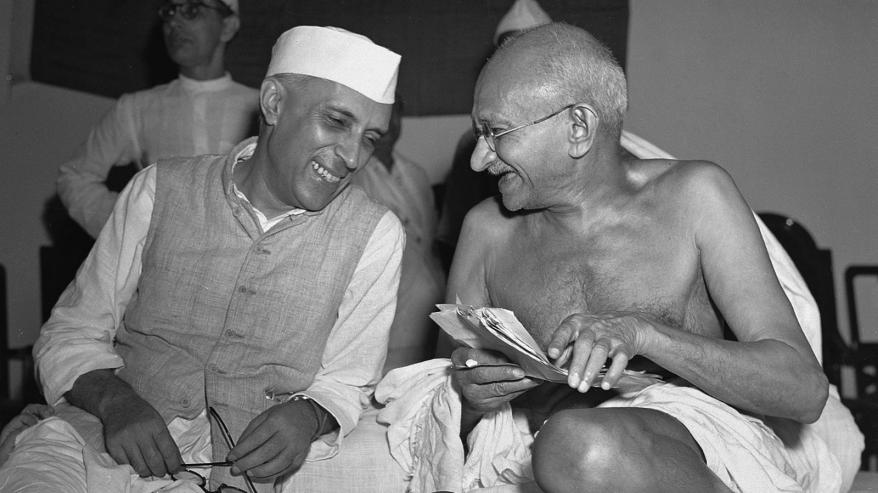 In the current political context, it has become important for the Indians to remember the fact that Pandit Nehru tried his best not to mix the Armed Forces with the Parliamentary System. After his clash with then Chief of the Indian Army General Kodendera Subayya Thimayya, he assured the Parliament that the “Civil Authority is, and must remain, Supreme!” Nehru’s views on Democracy had been reflected in the Indian Parliamentary System!
Gradually, the Indian Political scenario has turned to be Leader-Oriented (from Parliament-centric). His colleagues at the Constituent Assembly had helped Nehru lay the foundation of the Indian Parliamentary System… and one of the main features of this system is that all powers should be in the hands of the Parliament! For long, the Judiciary did not enjoy ‘freedom’ even in the Westminster Model (or British Model) of Democracy! However, Nehru, B R Ambedkar and other Indian leaders wanted to give ‘full freedom’ to the Judiciary; and so, they adopted the US model of ‘Judicial Review’, while preparing the Indian Constitution. It is because of Nehru and other members of the Constituent Assembly, the Indian Judiciary still enjoys the right to review any law, made by the Parliament, and to declare it ‘Unconstitutional’, if necessary! It was possible for India to adopt the American concept of ‘check and balance’ due to those liberal Indian leaders (in a true sense)!

Lt General K S Thimayya (R) was elevated to the substantive rank of a General. PM Nehru (Second from Left), his Defence Minister VK Krishna Menon and Majithia Deputy Defence Minister are seen in this file photo with General Thimayya at a function.

Nehru’s Idea of Democracy also influenced his Idea of Socialism! He was not only influenced by the Marxist Thoughts, but also by the Soviet Model of Development. So, he had initiated the Five-Year Plans for Economic Development. Although the first PM of India did not have any conflict with the fundamental concept of Class Struggle, he preferred the idea of Fabian Socialism… his political thought was not at all bookish, as Nehru (as a prime minister of a newly Independent Nation) had tried to apply the essence of all major thoughts in the decision-making process… a fine example of that was the concept of Mixed Economy! Now, we are trying to judge the mistakes (made by Nehru) from our own perspectives! This is nothing, but a derogatory political trend!
The Global Geopolitical landscape, too, was different after the Second World War… the post-WWII world was bi-polar, with the then Soviet Union and the US getting involved in a Cold War! The Soviet bloc experienced the trouble first, as the President of erstwhile Yugoslavia, Josip Broz Tito (popularly known as Marshal Tito), refused to accept Kremlin’s leadership. He received the support from the newly liberated Asian and African nations. It became increasingly difficult for the bi-polar world to provide support to those Asian and African countries so that they could establish a Democratic System (in running those countries)! Nehru, Marshal Tito and the then President of Egypt Gamal Abdel Nasser had launched the Non-Aligned Movement (NAM) in Belgrade in 1961. NAM was basically a forum of 120 developing states that were not formally aligned with or against any major power bloc. After the UN, it was the largest grouping of states world-wide. At that time, the world leaders accepted Nehru’s five ‘Principles of Peaceful Coexistence’ or the ‘Panchsheel Treaty’: Mutual respect for each other’s territorial integrity and sovereignty; Mutual non-aggression; Mutual non-interference in each other’s internal affairs; Equality and co-operation for mutual benefit, and Peaceful co-existence!’ Nehru, Tito and Nasser rightly realised that it would be important for the Democratic World not to join any bloc, else it would be impossible to ensure a democratic atmosphere, globally! They decided to counter the two Super Powers with Pluralistic ideas.

Political beliefs or its application cannot be devoid of influences by others, as a person’s personal characteristics influence her/his political behaviour. If we consider ‘personal attacks’ as a part of politics, then we are not at all democratic – mentally or psychologically! Nehru used to praise the knowledge and talent of his political opponents!
In 1933, Nehru came to know that noted Indian Communist leader Manabendra Nath Roy fell ill inside a jail, and the British prison authorities didn’t provide adequate medical facilities to him. On October 19, he issued a press release, stating that it was unfortunate and the British rulers should take a good care of the Indian revolutionary, radical activist, political theorist and the philosopher. He also said that “Roy is one of the most fearless and capable children of the current generation of India”. Nehru informed the press that “I was attracted to him by his remarkable intellectual capacity” when he had met Roy for the first time in Moscow in 1927. Although Roy had strongly criticised the Indian Nationalist leaders, he convinced Nehru with his political knowledge….

Released in November 1936 in broken health, Roy went to Allahabad for recovery, invited by Nehru. Defying the Comintern order to boycott the Indian National Congress, Roy urged Indian Communists to join this Party in order to radicalise it. Nehru, in his presidential address at Faizpur Session of the INC in December 1936, greeted the presence of Roy, as “… one who, though young, is an old and well-tried soldier in India’s fight for freedom. Comrade M N Roy has just come to us after a long and most distressing period in prison, but though shaken up in body, he comes with a fresh mind and heart, eager to take part in that old struggle that knows no end till it ends in success…”
This was Nehru. Despite his personal and political limitations, he always tried to protect the Essence of Democracy! 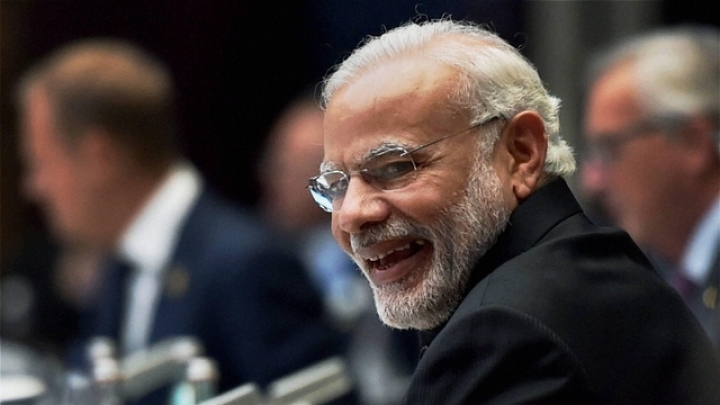 PM Modi has remembered Nehru’s contribution to India. Now, he will have to understand the quality of Nehru’s Democratic Mentality, and his ability to accept criticism, and acting accordingly. PM Modi will also have to learn how to laugh at himself…