A 21-year-old student of Sociology was sitting in front of the camera… and, he was shivering in panic and humiliation! The only mistake he had made was that he tried to describe the ‘real’ image of society in front of Police Officers. He had to spend five days behind bars, as he faced the State’s ire for joining Student’s Union! The Beijing Police asked student leader Qiu Zhanxuan to quit politics… and to leave the Peking University! However, Qiu refused to follow the instruction. As a result, the Police decided to teach him a lesson! The Police arrested Qiu, the head of the Peking University Marxist Society, when he was on the way to attend a memorial for the 125th anniversary of Mao Zedong’s birthday in 2018! In those five days, the student leader was abused by the Police, who forced him to listen to a three-hour speech by Chinese President Xi Jinping on a high pitch! Later, he was beaten severely and then left alone in a room. 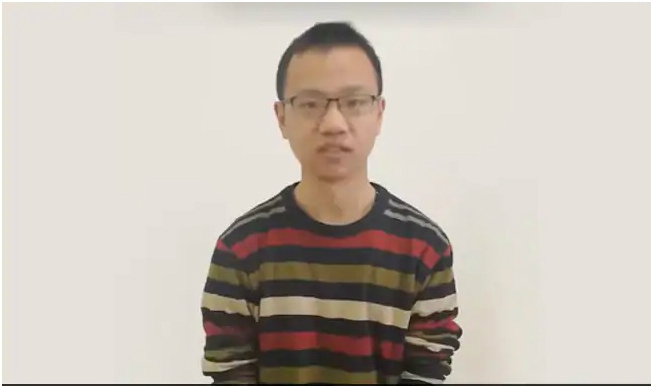 In a video and written testimony published in February 2019, Qiu said that the local Police ‘tormented’ him over a five-day period. He stressed: “They also wanted to force me to write a pledge to voluntarily give up all Educational Opportunities. Dear comrades, friends, by the time you read this article, I am already behind bars, and have lost my freedom.” And on April 29, he disappeared!!!
The Beijing Police have been closely monitoring the students’ activities at Peking University for the last eight months. They have already closed many clubs, as the students are staging protests against corruption and social inequality, ignoring the diktat from concerned authorities. At least 21 members of Student’s Union have ‘disappeared‘ in the last few months…

This is not an ‘isolated’ incident, as the Asian giant has a rich History of torturing students! Jiang Lin has kept quiet about the massacre by the Chinese Army (beginning on June 4, 1989) in Tiananmen Square for three decades. Jiang, who was a Lieutenant in the People’s Liberation Army back then, recently shared her first-hand view of the massacre, and also of the failed attempt by senior commanders to dissuade the Chinese leaders from using military force to crush the pro-democracy protests with the media! The 66-year-old lady has said that she still remembers the “soldiers firing into crowds in the dark, bodies slumped in pools of blood and the thud of clubs when troops bludgeoned her to the ground near the Square”.

Jiang Lin during a military training exercise in the Ningxia region of China in October 1988.

As a Military Insider, she knows how the Chinese Government tried to suppress the Movement. As the world is all set to mark the 30th Anniversary of the Tiananmen Square incident on June 4, Jiang has decided to break her silence. According to the former Military Officer, it is unfortunate that Beijing has never apologised to the Nation for the massacre! Before leaving China last week, she told the press: “Even after 30 years, the massacre remains one of the most delicate topics in Chinese politics, subjected to a sustained and largely successful effort by the authorities to erase it from history. The Communist Party has ignored repeated calls to acknowledge that it was wrong to open fire on the students and residents, and resisted demands for a full accounting of how many died.”
The Chinese students had stunned the Global Community by seizing the Square for four weeks. Finally, the Government used the Army to crush the rebellion. Although the Communist Party made a serious attempt to erase the event from public memory, the Chinese historians, writers, painters and photo-journalists have portrayed the brutality of the massacre by the Chinese Army through their works. However, Jiang’s decision to break her silence has a wider significance! She was not only a member of the Chinese Army, but her father had also served as a General. She had experienced the Army Culture from close… Jiang, who was born and raised in military compounds, did not even imagine that the Government would use the Army and tanks against students and common people!

“The pain has eaten at me for 30 years. Everyone, who took part there, must speak up about what they know happened. That is our duty to the dead, the survivors and the children of the future,” she stressed. “How could fate suddenly turn so that you could use tanks and machine guns against ordinary people? To me, it was madness,” added Jiang….
The Army veteran recalled that some officers had refused to follow the Government’s order on that fateful night. According to Jiang, leader of the 38th Group Army General Xu Qinxian refused to lead his troops into Beijing without clear written orders. He also checked himself into a hospital. Later, seven commanders signed a letter, opposing Martial Law, and submitted it to the Central Military Commission. “It was a very simple message: The People’s Liberation Army is the People’s Military and it should not enter the city, or fire on civilians,” she said. 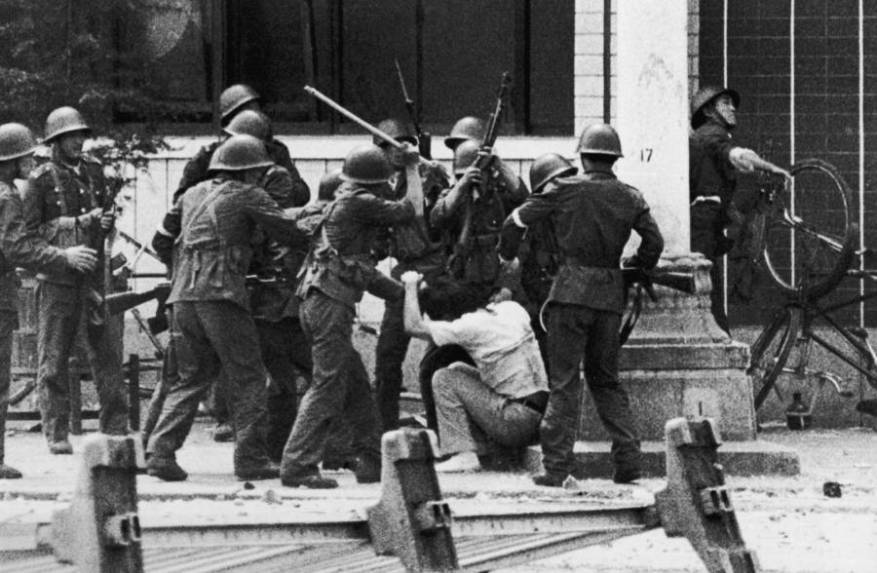 On June 4, 1989, she was heading into the Square on a bicycle to watch the movement of the troops, as she had prior information that the Government had imposed Martial Law to crush the protests. She was dressed in civilian clothes in order to hide her identity. Jiang followed the soldiers and tanks as they approached the centre of Beijing, tearing through makeshift blockades formed with buses and (while) firing wildly at the crowds. Jiang stayed close to the ground, with her heart pounding as bullets flew overhead. All of a sudden, around 12 armed Police officers started beating her with electric prods. She fell on the ground as blood gushed from her head. However, she did not pull out the card that identified her as a military journalist. “I am not a member of the Liberation Army today. I’m one of the ordinary civilians,” she shouted. The night changed Jiang’s life, forever. 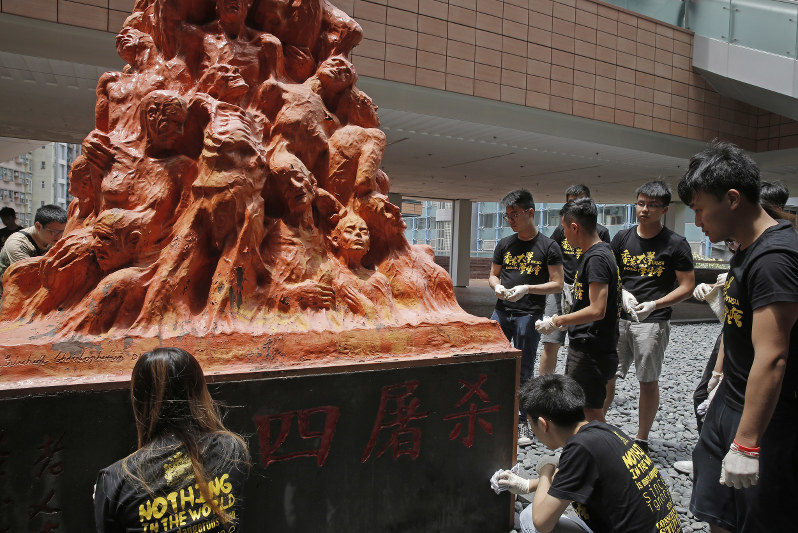 University students clean the ‘Pillar of Shame‘ statue, a memorial for those killed in the 1989 Tiananmen crackdown, at the University of Hong Kong, on June 4, 2018.

The Army detained her many a times for interrogation after she wrote a memoir, narrating the event. Since 1996, Jiang has confined herself to her room. Twenty-three years later, she has come to the conclusion that if the Communist Party does not atone for the bloodshed, then China cannot make progress. “All this is built on sand. There is no solid foundation. If you can deny that people were killed, any lie is possible,” said Jiang.

It is sincerely hoped that Beijing can hear this: “All this is built on sand!”