India, Pakistan and China are the only three countries in the world who live together with two nuclear powerful neighbours. So, they need to take a special care of their defence system. The recent aggression of China in the Indian Ocean Region (IOR), South China Sea and other parts of Asia and Africa has prompted India to cover its major cities with missile protection systems.
A senior Indian Army officer has revealed that the government will purchase more missiles from Russia and the US in near future and deploy them – along with homemade Agni and Brahmos missiles – in New Delhi, Kolkata, Mumbai, Chennai and some other major cities. The officer, who wished to remain anonymous, said that India would install anti-missile defence system in those cities in order to make its airspace safe. He further revealed that the new technology would be able to alert the concerned authorities beforehand in case of any missile attack!
According to the senior Army personnel, India has made a final decision in this regard only after considering the security measures taken by the neighbouring countries. Talking to the local media in New Delhi a couple of days ago, the officer stressed that China significantly strengthened its air defence system in recent times and India was well aware of this. 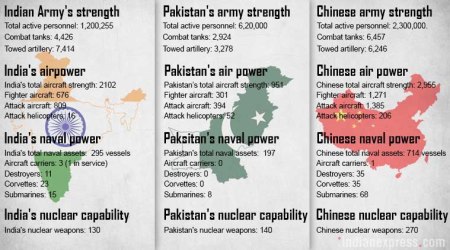 The Indian defence experts are constantly reviewing and assessing the Asian giant’s missile defence strength and have advised the government to install a stronger defence system in big cities. Even, the government is ready to allocate more funds for the Army, Navy and Air Force in order to boost their arsenals.
Meanwhile, a top Defence Ministry official has claimed that India will soon acquire long-range deadly missiles and drones from the US. New Delhi has already held talks with Washington in this regard and the Donald Trump administration has agreed to sell 22 unarmed Sea Guardian drones to India. The move will certainly help the Indian Navy increase its surveillance capabilities in the strategic IOR. It is to be noted that India would be the first non-NATO nation to receive the Sea Guardians.

Recently, India signed an agreement with Russia to purchase S-400 Triumf air defence system – the most lethal weapons system in the world – from Moscow. As per the contract, the Indian Army will receive this system in 2020. At the same time, New Delhi plans to acquire the National Advanced Surface-to-Air Missile System (NASAMS) – a highly adaptable mid-range solution for any operational air defence requirement – from the US.

Currently, the Army has Agni missile in its arsenal to protect the Indian airspace. Although the Agni-4 is capable of striking targets in nearly all of China (including Beijing and Shanghai) from north-eastern part of India, New Delhi is developing the longer-range Agni-5 – a three-stage, solid-fuel, rail-mobile, near-Intercontinental Ballistic Missile (ICBM), capable of delivering a warhead more than 5,000km. Furthermore, India has developed Brahmos – the fastest cruise missile in the world – jointly with Russia. The Army will deploy all these in the next years in order to secure the Indian airspace.
The main aim of the proposed plan is to stop enemy missiles before they hit the Indian territories, insisted the Army officer. Experts believe that India’s proposed move will certainly change the dynamics of security scenario of Asia.