Is Pompeo Morally Fit To Be State Secretary?

Though Donald Trump scored a decisive victory in his three-year war with the Anglo-American intelligence establishment by being acquitted in his impeachment trial on February 5, there is no intention to allow him to depose the ‘War Party‘ – the permanent bureaucracy that actually runs Washington – from Power. Everything will be done by London and Wall Street insiders to prevent President Trump from soon meeting with his Russian counterpart Vladimir Putin and Chinese President Xi Jinping in a three-way summit conference to end the danger of global war, and reject ‘Climate Change‘ as the pretext for reintroducing colonialism to Africa, Asia and the world at large. China, in particular, can be a natural partner with the US whose President has stated: “Our relationship with China, right now, has probably never been better. We went through a very rough patch, but it’s never, ever been better. My relationship with President Xi is an extraordinary one. He’s for China; I’m for the US. But other than that, we love each other.” In fact, the US and China presently stand poised to shortly conclude one of the biggest trade deals in history – unless it’s disrupted from the inside.
So why, just one week after President Trump’s acquittal, would Secretary of State Mike Pompeo, ostensibly a Trump ally, and House Speaker Nancy ‘The Ripper‘ Pelosi, both featured speakers at the February 13-15 Munich Security Conference in Europe, be found “reading from the same page” in a wild attack on China? Pelosi denounced President Xi for undermining American democratic values, human rights, economic independence and national security. Pompeo said: “China is increasingly trying to co-opt officials at the state and local level… They’re trying to affect not only our Federal level, but our State and local officials as well.” The idea that China is “the biggest threat to the US” is “pre-Nixon 1972” saber-rattling, which goes completely against what President Trump’s stated policy is. And traditional American policy, as expressed by the Franklin Roosevelt Presidency’s approach towards China and Asia 75 years ago, is that there is no problem on this planet that cannot be solved, if the world’s most important countries work as allies. This is the vital message that a summit meeting, occurring perhaps as early as April-May’s 75th anniversary celebrations of the end of WWII, could deliver to a hopeful world. 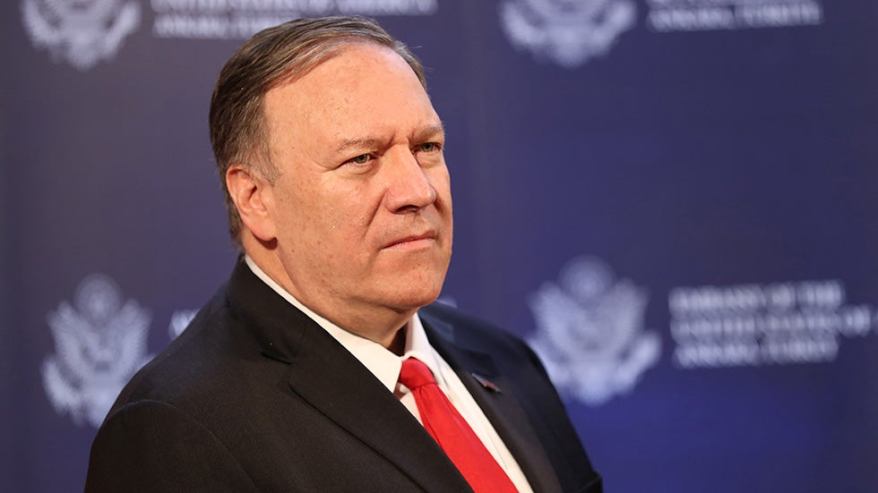 Instead of acting on behalf of this approach, is Mike Pompeo playing a London-inspired “Great Game” of war and division, acting against the national interests of the US? Pompeo’s State Department has appointed high-level officials, like former State Department Director of Policy Planning Kiron Skinner, who said about China on April 29, 2019: “Not to make light of the Cold War, and the reality of nuclear war that could have happened – and the fact that we came close in some instances – but when we think about the Soviet Union and that competition, in a way it was a fight within the Western family. Karl Marx was a German Jew who developed a Philosophy that was really within the larger body of political thought… that has some tenets even within Classical Liberalism… That’s not really possible with China. This is a fight with a really different civilisation, and a different ideology, and the US hasn’t had that before.”
In response to a later question, Skinner stated: “It’s the first time that we will have a great power competitor that is not Caucasian” – a statement that is not only racist, but also factually untrue, as anyone who can locate Pearl Harbour on a map or either remembers or has read about WWII knows.

A Question for Mike Pompeo
In early 2017 under President Trump’s direction, then CIA Director Pompeo was told to meet with former NSA Technical Director Bill Binney, an expert on surveillance systems who subsequently informed Pompeo that there was absolutely no proof of a Russian hack. On the contrary, Binney had personally assembled evidence of an intentional insider leak.
Binney informed Pompeo that the entire idea of Russiagate was a fraud, yet Pompeo has remained silent till date. The question is: Why? To this day, Bill Binney – who fully stands behind his 2017 assessment that the public account regarding the 2016 “Russia hack” is false because the so-called “hack”, as described, was a physical impossibility – has not been given the courtesy of any response from Pompeo, positive or negative, despite being tasked by the President to provide Pompeo with his expert assessment. Had Pompeo taken appropriate action, the coup against President Trump would have been shut down in November of 2017, if not earlier. Why did Pompeo not act then? What has been the cost to the nation of his failure to act? What was the collateral effect of perpetrating the “Russia hack” hoax on undermining the essential working security relationship that the US needs to have with Russia in various regions of the world, such as Syria? 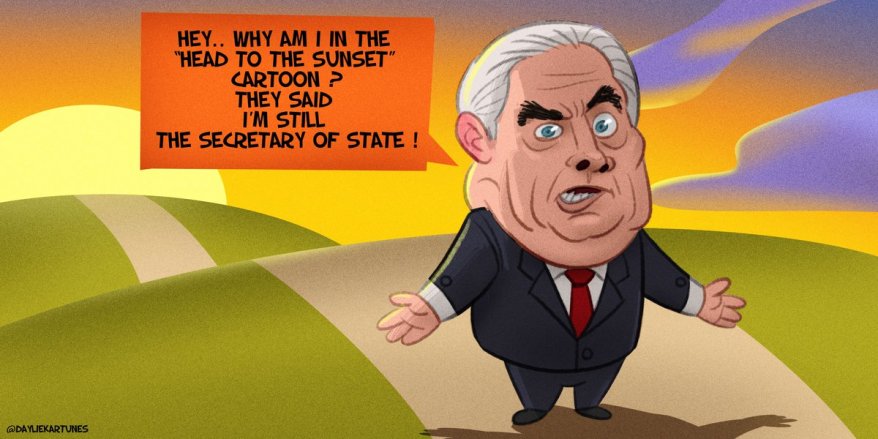 Right now, it is urgent for the President of the US to, at the earliest possible moment, hold a summit conference with the presidents of China and Russia, and perhaps also of India, where President Trump is currently visiting. A new, fair, financial architecture; a new set of defence agreements crafted around the mutual interests of all four nations; a possible joint “Four Powers” mission for the peaceful exploration of the Moon and Mars; the development of advanced high-density/high-yield energy technologies, emphasising fourth generation nuclear fission and thermonuclear fusion research, rejecting the Malthusian premises of the “Green New Deal” – such discussion requires new thinking, different from that of “The Clash of Civilisations” concept that Mike Pompeo espoused at Munich.
Although the clash of civilisations is often mistakenly attributed to author Samuel P Huntington, the idea actually came from the late British Intelligence Agent Bernard Lewis, of whom Mike Pompeo, said on May 20, 2018: “I owe a great deal of my understanding of the Middle East to his work.” Lewis was a central influence in advocating the Iraq invasion of 2003, which President Trump called the “single worst decision ever made“. President Trump famously said in March 2018: “That was Bush. Another real genius… That turned out to be wonderful intelligence. Great intelligence agency there.”
A critical experiment can be done to find out exactly which State Secretary Pompeo really serves. Will he finally give the President the answer that was requested? Will he allow patriot William Binney to tell this country the truth about the Russia hoax? Or will he continue to serve the interests of those that wish to loose the dogs of World War?
If so, he deserves no place in a Trump Presidency, nor in any other.

The Boundless Ocean of Politics has received this article from Mr Christopher Lewis of Schiller Institute, Frankfurt, Germany. The Article was published by larouchepac.com on February 20, 2020.