It seems that Europe has decided to maintain a distance from the US in the changing global geopolitical landscape! Since the end of the WWII, Europe had been maintaining close ties with the US. However, the change in geopolitics during this period has slowly influenced the European Foreign Policies, prompting many powers in the continent to change their attitude towards the US…
French President Emmanuel Macron has made an indication in this regard, stating that the NATO is undergoing “brain death” due to a lack of co-ordination between Europe and the US, and also because of aggressive actions in Syria by key (NATO) member Turkey. In an interview to the Economist magazine last week, he also said: “What we are currently experiencing is the brain death of NATO. You have no co-ordination whatsoever of strategic decision-making between the US and its NATO allies. None. You have an uncoordinated aggressive action by another NATO ally, Turkey, in an area where our interests are at stake.” 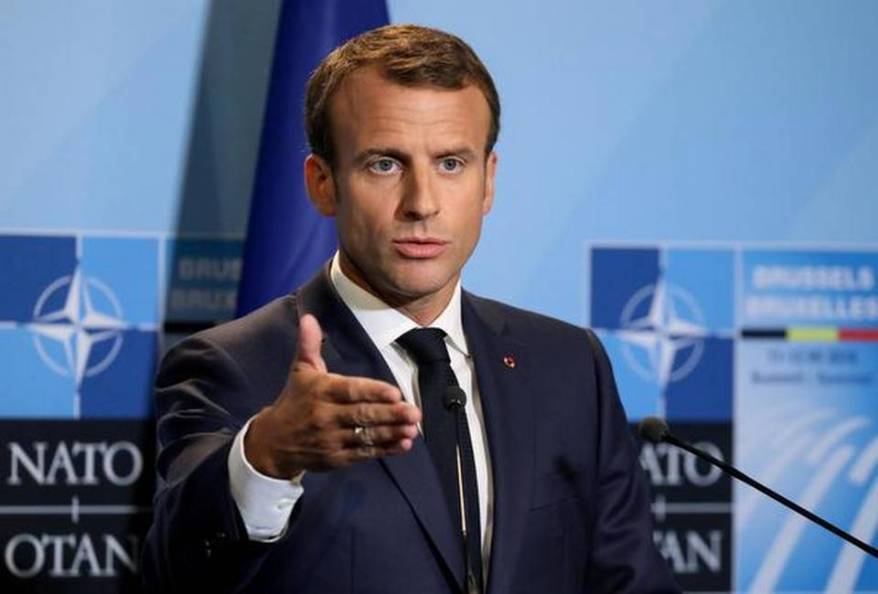 By issuing such a statement, the French President has made it clear that a conflict of interests has developed between these two Imperialist Forces, and it would affect the ties between them. President Macron has also advised fellow European nations to reset their ties with the US, stating that the US’ unpredictability under President Donald Trump would not serve Europe’s interests in the long-run…
Macron expressed serious concern over the US-led NATO’s security maxim, stating that an attack on one ally should be considered as an attack on all, and the move certainly underpinned transatlantic ties since the foundation of the alliance in 1949. Although he confirmed that Washington would remain an ally of Paris, the French President said it was unfortunate that there was a lag in strategic co-ordination between the US and its NATO allies in Europe!

President Macron has strongly condemned Turkey’s decision to launch a military incursion into Syria on October 9. According to the French President, it is unfortunate that NATO has failed to react to Turkey’s “crazy” offensive. At the same time, he stressed that it was time for Europe to stop acting like a junior ally when it came to the Middle East. “The US is showing signs of turning its back on us, as demonstrated by President Trump’s sudden decision last month to pull troops out of north-eastern Syria without consulting the allies,” he told the Economist. The French President further stressed on the European Defence Integration initiatives, insisting that they have so far brought together nine militaries ready to react to crises near Europe’s borders without NATO or the US.
It may be noted that despite being a founding member of NATO, France did not take part in the Alliance’s strategic military planning from 1966 to 2009. Political experts are of the opinion that President Macron’s comments just a month before the December 4 NATO Summit in London is not only unexpected, but also unfortunate (keeping in mind the Brexit issue that could weaken Europe in the coming years).

Meanwhile, Germany went into a damage-control mode, quickly rejecting President Macron’s comments as “drastic”. German Chancellor Angela Merkel said that the French President was overreacting. “The French President has found rather drastic words to express his views. This is not how I see the state of co-operation at NATO,” the Chancellor said at a Press Conference in Berlin a couple of days ago. Interestingly, Merkel expressed the view in the presence of NATO Secretary General Jens Stoltenberg, who insisted that the alliance had overcome differences with Europe in the past, citing the 1956 Suez Crisis and the 2003 Iraq War. He also urged the NATO members to remain united at a time of rising Chinese military might and Russian attempts to undermine Western democracies…
As expected, Russia has welcomed President Macron’s comments, with spokesperson of the Russian Ministry of Foreign Affairs Maria Zakharova saying: “Golden words… an exact definition of the current state of NATO.” She also thanked the French President for giving an accurate depiction of NATO’s current state.

Experts have opined that the crack developed between Europe and the US will certainly have a great impact on Global Geopolitics, as it might encourage China and Russia to increase their influences in different parts of the world by taking advantage of the current situation…