Well, it seemed like evil luck had embraced the family after the untimely death of her husband! When her husband was alive, Deepti Joshi used to enjoy her life as a happy homemaker. She could never even contemplate in her wildest dreams what was awaiting her…
This Indian homemaker had few other options, but to run the family immediately after her widowhood. Deepti opened a little tea stall at the top of a hill! Initially, she failed to get customers, as only some truck drivers and tourists used to visit her stall. So, it became increasingly difficult for her to run the family.

On a sudden, Deepti’s life changed and her tiny tea stall became the famous Josh Café of Kumaon, one of the two regions and Administrative Divisions of the Northern Indian Province of Uttarakhand (the other being Garhwal)!

Deepti is a resident of Kapkot, a small village in Kumaon’s Danpur Pargana area. Her husband was from the Nainital resort town of Kumaon, and he was the sole bread-earner of the family. However, he passed away in 2014… and left Deepti alone! The situation prompted homemaker Deepti to become a tea stall owner. She had set up the stall with tin sheds on a hilly street of Kumaon. Usually, truck drivers and local residents used to visit her stall… sometimes, Deepti got a chance to serve tourists. In 2017, a team of tourists visited her stall… they were students of New Delhi-based Kiran Nadar Museum of Art. While enjoying tea, they came to know about Deepti’s fate. As the students were staying at a hotel situated near the tea stall, they visited her every day. And, those students changed Deepti’s life, forever…

The students of Delhi’s private Modern and Contemporary Art Museum renovated Deepti’s stall with the touch of modern art. They portrayed the Kumayoni culture through paintings on the walls of the stall. The local students, too, joined the venture. And the Joshi Tea Stall became Josh Café! Gradually, the tea stall emerged as a symbol of local heritage and culture, with the artworks attracting huge number of tourists… 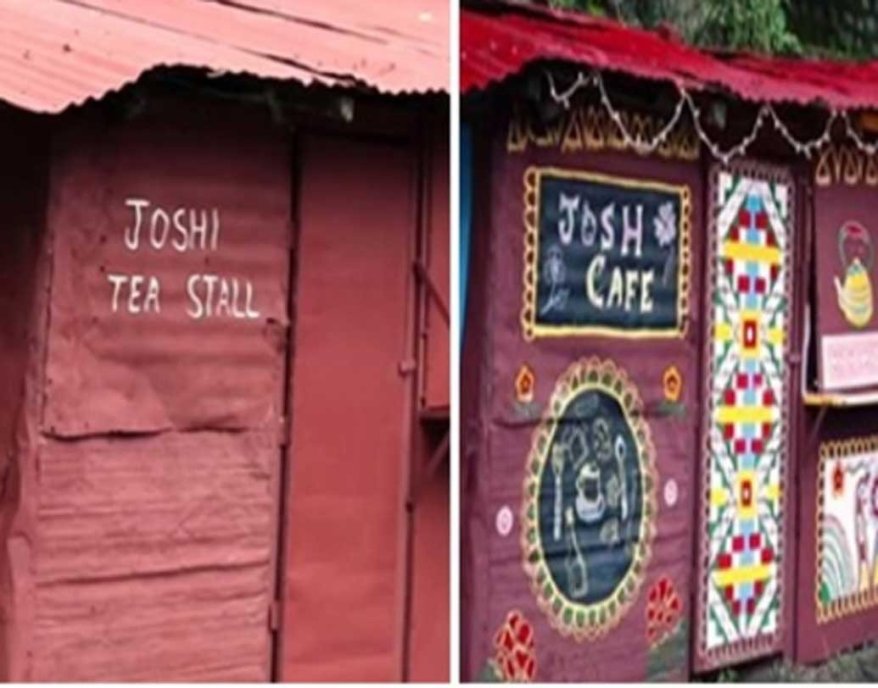 Deepti never thought that her fate would change completely in this fashion, all of a sudden! She is happy that her struggle to make both the ends meet is practically over. Now, she – perhaps – is the busiest entrepreneur lady of Kumaon…