Pioneers of the Theory of Clash of Civilisations often consider the region near Tigris and Euphrates Rivers as one of the main sources of conflict! However, it is the birthplace of some major Ancient Human Civilisations! The region, historically known as Mesopotamia, roughly corresponds to Iraq, Kuwait, parts of Northern Saudi Arabia, the eastern parts of Syria, south-eastern Turkey, and regions along the Turkish-Syrian and Iran-Iraq borders in modern days.This particular region had witnessed the Rises and Falls of many a Civilisation – Sumerian, Akkadian, Babylonian and Assyrian!
Interestingly, Gods – it is said – used to live with the people here! For example, we can mention the names of Anu (the Mesopotamian Sky God), Aruru (the Mother of the Gods and Mother of Men for her part in creating both divine and mortal entities), Enlil (the Mesopotamian God of the Atmosphere), Ishtar (the Mesopotamian Goddess of War and Sexual Love and the Akkadian counterpart of the West Semitic Goddess Astarte), Shamash (the Mesopotamian God of the Sun), and many others! There, they were companions of human beings in love, revenge and wars… They were also present in the other Civilisations – Athenian, or Sindh, in different names!

The Gods left the men, when the latter realised that there was, in reality, a difference between storm and the God of Storm, or the God of Rain triggered floods!
Supposedly, the Gods were not just hypothetical ideas created by the people of the olden days… Instead, people used to experience the presence of Gods through different forces of nature! Till the emergence of the Almighty, omnipresent, omniscient and omnipotent God as the one and only True God, the mortal men wanted to raise themselves to Godhood, and even to surpass the fame and greatness of those Gods! Myth was born this way… not directly related with religion (but as a form of Euhemerism, may be!). In a way, it is all about understanding and resisting the reality! Myths tell stories of ‘success’ and ‘failure’. Although it can not be termed as a blatant lie, we cannot consider it entirely true, because of our inability to verify the data-sources! Myths help men realise the value of their experiences, apart from encouraging them to stand up from the ashes of destruction!
The story of Prometheus or Phoenix bird is actually a creation of our own! The hero of such a story (of human desires and failures) is Gilgamesh.

Gilgamesh is the semi-mythic King of Uruk in Mesopotamia best known from The Epic of Gilgamesh (written in BCE 2150-1400), the great Sumerian or Babylonian poetic work that pre-dates Homer’s writing by 1500 years. Hence, it stands as the oldest piece of Epic World Literature. Most probably, he was the fifth Sumerian king who was worshipped as a God, due to the Power and Prestige he enjoyed! The Epic of Gilgamesh was written on clay tablets or tiles in ‘Cuneiform‘ scripts. The spike-shaped scripts were born in the lower Mesopotamian region, around BCE 3000. People, living in that region, used mainly two languages – Sumerian and Akkadian. While the Sumerian language was unique, Akkadian was a Semitic language, like Arabic or Hebrew.
The civil life had become so complex in Mesopotamia even in that period of time, the people started facing difficulties in memorising the social and administrative rules. So, the Cuneiform scripts were born out of administrative necessity. It was such strong scripts that the Mesopotamians wrote an entire epic by using them… And, the people of Mesopotamia also discovered the ‘technology’ to keep their thoughts and stories alive by writing on the terracotta tiles! 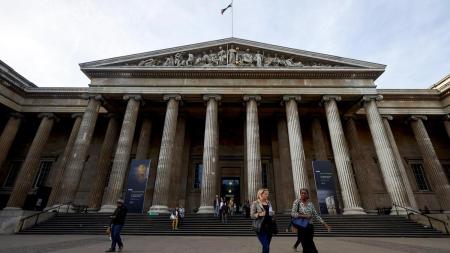 The British Museum has some 130,000 such tiles discovered from that region (Mesopotamia). George Smith, an expert in Mesopotamian Culture, used to spend a lot of time with those tiles at the British Museum as he wanted to decipher the unknown scripts! He managed to read what was written on a tile in 1872… It was about massive floods as described in the Bible… And, it was written in BCE 700! This discovery was almost like a second blow to the religion, 13 years after the publication of Charles Darwin’s On the Origin of Species!
Another surprise was awaiting us… A different description of the flood was found in another language, which was written at least a thousand year before the creation of the above mentioned tile! Later, it was included in the 11th Chapter of The Epic of Gilgamesh. It is to be noted that the authors had started compiling the events pertaining to the epic at least a thousand years before the inclusion of the event of flood. Later, the epic was found in different languages, like Akkadian, Babylonian, etc. The best version of the full epic has been found (in 12 tablets) from the Royal Library of the Neo-Assyrian Empire Ashurbanipal (BCE 668-627) in Nineveh (now in Iraq’s Mosul city)! Ashurbanipal has been described in history as a despotic, as well as a benevolent ruler… Once, he had reportedly claimed that he was powerful because of ancient Mesopotamian God of War and Pestilence Nergal’s blessings, and wise due to Nabu, the ancient Mesopotamian patron God of Literacy, the Rational Arts, Scribes and Wisdom! It is said that Ashurbanipal used force only to defeat his enemies. He did a wonderful job for the human civilisation, as he had collected and conserved the Cuneiform tablets in his famous private library. He was one of those rare personalities who could read and write both in Sumerian and Akkadian languages! King Ashurbanipal used to state, proudly, that he had collected almost all the printed documents, and also transcribed his collection. 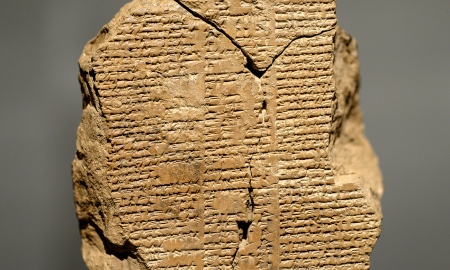 The Epic of Gilgamesh

Nineveh collapsed after a conflict with the Babylonians (the Battle of Nineveh) in BCE 612. The Royal Palace was also set on fire, but the fire did not damage the personal collections of Ashurbanipal, thanks to the characteristic traits of Cuneiform tablets! Almost the entire collection is in safe custody of the British Museum. It is because of Ashurbanipal that we get an opportunity to know about The Epic of Gilgamesh, the first literary feat of the global civilisation!
The significance of Gilgamesh is great in the history of literature. Literature created orally or verbally is a kind of collective venture, and such an effort glorifies the entire society, instead of individual authors! Moreover, the possibility of changes in such literary creation is high, especially in verbally or orally created literature. The Epic of Gilgamesh also created an opportunity to inform people of different countries, cultures and times about the culture of Mesopotamia through translated versions. Professor of Comparative Literature at Harvard University David Damrosch believes that documentation of this ancient epic triggered the cultural globalisation. The Mesopotamian people preserved the epic, written on tiles, in a box tied with a bronze chain! 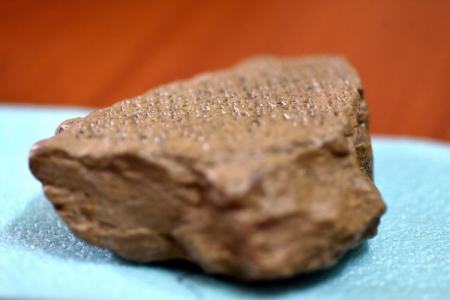 The newly discovered Tablet II of the Epic of Gilgamesh

Gilgamesh was a powerful king. However, his only weakness was brides! In Uruk, each and every newly-married girl had to spend her first night with King Gilgamesh… When the people of Uruk urged supreme God Anu (who contains the entire universe) to resolve the issue, Anu reportedly had advised them to discuss the issue with Goddess Aruru. Aruru created another man with clay and water, named Enkidu, to rid Gilgamesh of his arrogance. Gilgamesh sent sacred prostitute Shamhat to Enkidu in order to convince the latter. Enkidu, who became tired after spending a week with Shamhat, decided to meet King Gilgamesh. The two started fighting against each other, after Enkidu criticised Gilgamesh for enjoying young brides on their first night… Surprisingly, they became friends after the fight.
King Gilgamesh told his new friend Enkidu that he wanted to bring natural resources from the Cedar Forest situated on Mount Lebanon. The two defeated Humbaba – the guardian of the Cedar Forest – and returned to Uruk with the resources. Meanwhile, Goddess Ishtar proposed to Gilgamesh, as she fell in love with the king because of his heroics and strength. However, Gilgamesh rejected her proposal, prompting the Goddess to send a fiery bull to Uruk from the heaven! However, King Gilgamesh managed to kill the bull, which was sent to destroy his kingdom, with the help of Enkidu! The joy did not last long, as Enkidu passed away. He realised that he would have to go… But, the God did not tell Enkidu why he would be punished. It became difficult for Gilgamesh to accept Enkidu’s death.

To know the meaning of life and to overcome death, King Gilgamesh planned to meet Utanapishtim, the King and priest of Shurrupak who was tasked by Enki to abandon his worldly possessions and create a giant ship that was to be called Preserver of Life. The Gods also asked Utanapishtim to bring his wife, family and relatives, along with the craftsmen of his village, baby animals and grains, as the oncoming flood would wipe out all animals, except those who would be onboard the ship! Utanapishtim advised King Gilgamesh to abandon his search for immortality. However, he gave the king a trial to defy sleep if the latter wished to obtain immortality. Failing at his trial to defy sleep, Utanapishtim told Gilgamesh about a plant that could make him young again. King Gilgamesh obtained the plant from the bottom of the sea in Dilmun (the current-day Bahrain), but a serpent stole it. Finally, Gilgamesh returned to his palace in Uruk after abandoning the hope of attaining immortality or renewed youth!
The Epic of Gilgamesh is not only a story of friendship, but also of aspiration of human beings, courage, acceptance (of own limitations) and failure! In 1916, Bohemian-Austrian poet and novelist Rainer Maria Rilke said that Gilgamesh was an epic of the fear of death! 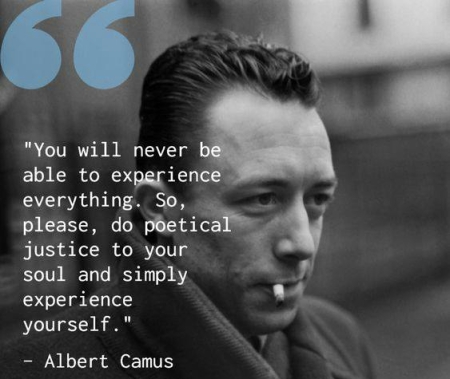 It seems that Gilgamesh is the Absurd as explained by French philosopher Albert Camus! As per Camus’ Absurdist Philosophy, the Absurd arises out of the fundamental disharmony between the individual’s search for meaning and the meaninglessness of the universe! According to Camus, it does not counter the Absurd… rather, in the act of ending one’s existence, one’s existence only becomes more Absurd. (The Myth of Sisyphus; Albert Camus; Éditions Gallimard; 1942)
So, it may be surmised that it is us, who have to create the meaning of our own lives…