2016… The Pera Palace Hotel in Istanbul was hosting the Black Week Festival. It is widely believed that Agatha Christie had penned her famous novel – Murder on the Orient Express – in room no. 401 of this hotel. Although a number of people are of the opinion that Christie didn’t write the novel during her stay in Pera Palace, some experts believe that the key of mysteries is hidden in this Constantinople-based hotel. It is quite natural that Pera Palace Hotel is the ideal place to host a conference of detective fiction writers. Speaking at the festival, Turkish author and poet Ahmet Ümit – best known for his crime novels – said that it would be difficult to write a psycho-thriller in Turkey. Although psychopaths are easily available in West, it’s hard to find them in Turkey. As a result, the Turkish readers are not interested in detectives and criminals in the 21st Century, he explained. 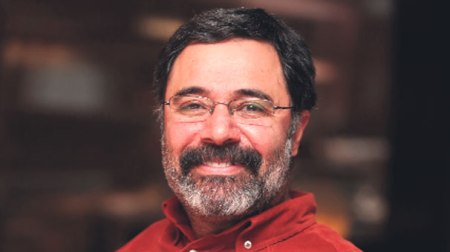 Ümit was right. It’s really difficult to find a serial killer in the history of Istanbul or Turkey! In fact, Istanbul is one of the safest cities in the world as far as crime rate is concerned! But, crimes are not committed only by criminals. Often, political conspiracy leads to a crime! And, Istanbul can easily beat any major cities in number of political murders it has witnessed.
The Sultanahmet Square is situated near the Pera Palace Hotel. The then Byzantine Emperor, Nikephoros II Phokas, was murdered on December 11, 969 AD at the Sultanahmet Square, as he was the victim of a conspiracy hatched by his beautiful wife Theophano. It was purely a political murder because Theophano wanted her son (from previous marriage) to become the king! The palace in Sultanahmet, too, witnessed a number of murders. Almost all the Ottoman emperors – including Murad I, Selim II and Mehmet III – were involved in those political murders. History suggests that they used to order the killers to strangle the victims with silk scarf. 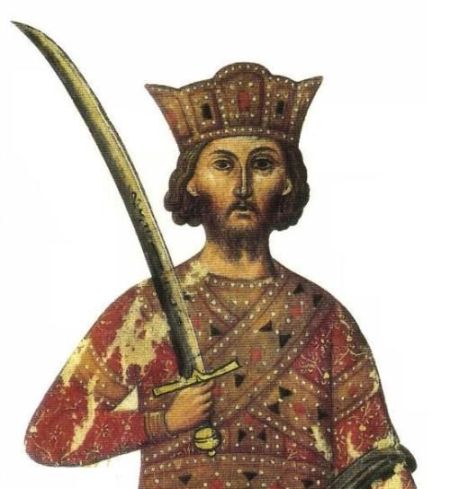 The tradition continues even in the 21st Century! Hrant Dink – the Turkish-Armenian journalist and Editor-in-chief of the bilingual Turkish-Armenian daily Agos – was assassinated in broad daylight on January 19, 2007 in the Şişli District of Istanbul. He was one of those prominent members of the Armenian minority in Turkey who asked Ankara to take the responsibility of the Armenian genocide taken place in the early 20th Century. Eighteen people, including teenage suspect Ogün Samast, were charged at Istanbul Heavy Penal Court with the journalist’s assassination. However, it is still unknown who planned Dink’s murder. Later, the emergence of nationalist politics in Turkey made it difficult for people, like Dink, to criticise the government. Interestingly, Dink’s assassination and the subsequent trial process greatly reduced the possibility of Turkey getting membership of the European Union (EU). 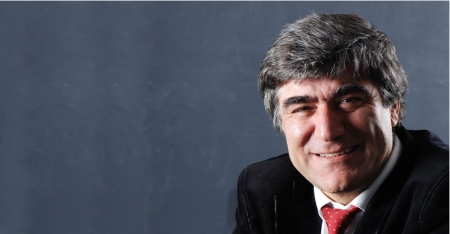 The Western nations expressed serious concern over the lack of security arrangements for journalists in Turkey in recent past. According to the Western powers, even foreigners can easily commit crimes in Istanbul and other major cities in Turkey. A couple of years ago, investigative journalist Murad Batal Shishani claimed that nearly 12 Russian refugees were killed in Istanbul in 2011-15. According to Shishani, all of them were (directly or indirectly) involved in the Chechen movement. After the war between Chechnya and Russia, many Chechen rebels took shelters in foreign countries and became members of various underground guerrilla organisations. The agents of the Russian Secret Service killed many such Chechen rebels in Turkey. However, Moscow refused to accept the responsibility of those murders, claiming that all of them were terrorists. Later, it became easier for Russia to hide the crimes after some Chechen rebels joined the Islamic State (IS) terror outfit in Syria. Then, Kremlin declared that it had carried out the operation in Turkey in order to eliminate the Syrian terrorists. However, relatives of the slain Chechen rebels rubbished the claim, saying that they were denied justice because of the complexity of global geopolitics! 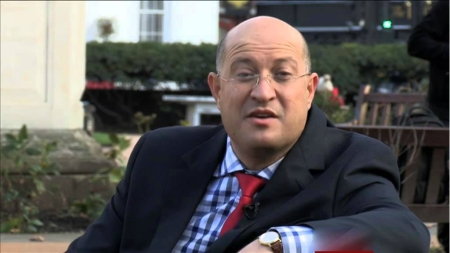 Tajikistani businessman and leader of the opposition Group 24 Umarali Quvvatov was another victim of political conspiracy. Quvvatov, along with his wife and two sons, arrived in Istanbul on March 5, 2015 to enjoy dinner at the residence of a Tajik migrant. All of them were served poisoned food and they fell ill. Quvvatov tried to take his wife and children to a nearby hospital, but failed. He was shot dead with a single bullet to his head when he got outside the residence of his friend. Quvvatov had to sacrifice his life for accusing Tajikistani President Emomalii Rahmon of nepotism and corruption. After being harassed by the Tajik president, he had gone into exile to first Russia and later the UAE and Turkey. He was arrested in those countries at the behest of Tajikistan. However, Quvvatov had no idea that he would be murdered in Istanbul! His friend was arrested, but the Turkish authorities failed to identify the mastermind. 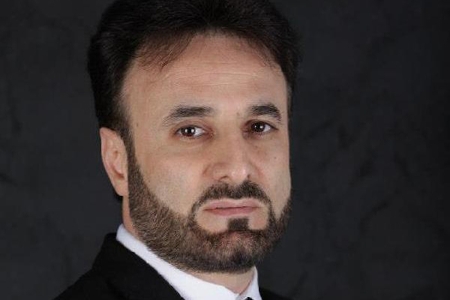 In 2018, another political murder in Istanbul changed the equation of the global geopolitics. Seasoned journalist Jamal Khashoggi was assassinated inside the Saudi Embassy in Istanbul on October 2. As per evidences, the Saudi Royal family is involved in his murder. Khashoggi had backed the Saudi government’s controversial diplomatic moves in the past. However, he became a critic of the Royal family after Mohammed bin Salman was appointed Crown Prince by his father and Saudi King Mohammed bin Salman on June 21, 2017. In an article, Khashoggi wrote that the Crown Prince was not the ideal person to lead the West Asian nation.
Perhaps, the killers were waiting for Khashoggi at the Saudi Embassy in Istanbul on October 2 only to justify the allegations made against the Crown Prince. Khashoggi entered the consulate in order to obtain documents related to his planned marriage. As no CCTV recorded him exiting the consulate, he was declared a ‘missing person’ by Riyadh. Later, the Turkish investigators revealed that the murder was premeditated, as Khashoggi was reportedly strangled to death as soon as he entered the consulate, with his body later dismembered and disposed of. Khashoggi’s death has escalated into a crisis for Saudi Arabia, as major global powers – like Britain, Germany and France – have put Riyadh under tremendous diplomatic pressure for identifying and punishing the genuine criminals. 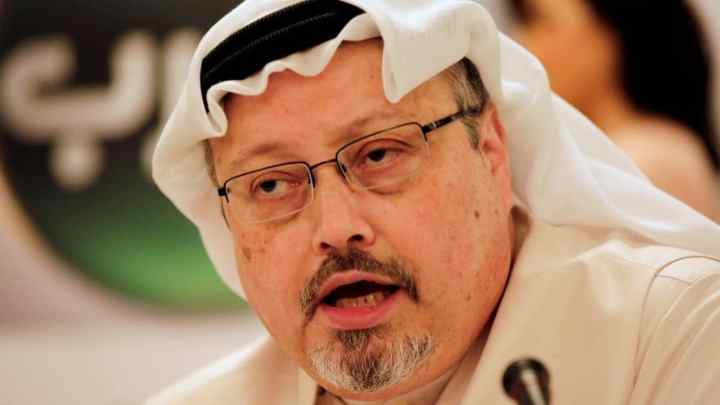 Why Istanbul often witnesses brutal political murders?
Perhaps… because of its geographical location! Istanbul straddles Europe and Asia across the Bosphorus Strait. It is comparatively easier to reach Africa via waterways from Istanbul. Its proximity to the three continents has increased Istanbul’s geopolitical status.
The former capital of Turkey became a favourite place for secret agents even before the two World Wars. Like fictional detectives Hercule Poirot, James Bond, Ethan Hunt and Jason Bourne, noted British double agent Harold Adrian Russell ‘Kim’ Philby held secret meetings at various cafes in Istanbul. Many CIA and MI6 agents were arrested in Russia and Albania in late 1940s. And the British government confirmed in the 1950s that it was Philby who leaked the news in Istanbul! Later, he took the responsibility and settled in Moscow. 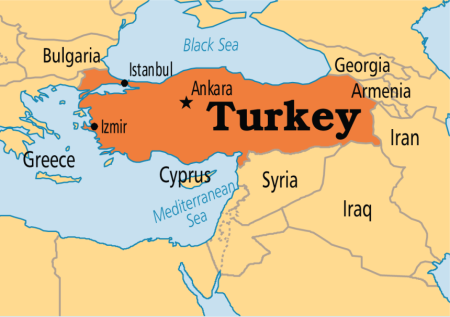 During the final phase of the WWII, Turkey joined hands with the Allied Powers and allowed the British, American and French secret agents to set up their bases in Istanbul. The agents of Soviet secret service, too, arrived in the Turkish city from neighbouring Georgia and Azerbaijan. Because of his prior experience as a staff of the British Navy’s Intelligence Department, Ian Fleming had an idea about the importance of Istanbul to the Soviet agents! That’s why he sent James Bond to the Turkish city many a times.
The political history of Turkey helps us realise the transformation of Istanbul from an Old City reflecting cultural influences of the many empires to the hot-spot of political murders. This city not only witnessed the beginning of Turkish democracy, but also five military coups in the last six decades. Istanbul was the capital of Islamist Ottoman rulers and secular President Mustafa Kemal Atatürk! This city has a long secular history.

Orthodox Christians set up their colonies in Istanbul hundreds of years ago and lived peacefully with the Romans and Greeks. Whenever the Christians were in trouble in neighbouring Iraq and Syria, they took shelters in Istanbul. The city also accommodated the Jews even before the emergence of Adolf Hitler in Germany. Thousands of people from Asia, Africa and Europe – irrespective of their race, language and religion – used to consider Istanbul as their second home.
As new colonies were set up, Istanbul witnessed many underground movements. In recent times, the Chinese Uyghur Muslims have set up a base there. However, the Turkish government has denied the presence of Uyghur community in the country due to Ankara’s cordial (trade) ties with Beijing. The movements of Chechens or Tajiks living in Istanbul are purely political, but the Uyghur movement is (to some extent) cultural as they have so far managed to protect their languages, food habits and social practices (from the Chinese aggression) in Istanbul. 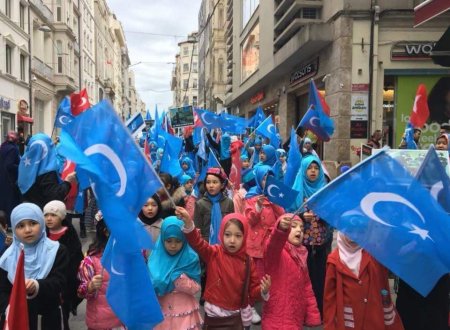 These movements ensure the presence of foreign secret agents and assassins in the Turkish city. Many countries send their agents and assassins to Istanbul in order to destroy the political and cultural movements. Those people arrive in Istanbul as tourists and don’t visit the consulates of their countries. As a result, they face no problem while leaving Istanbul after committing the crime.
The political stand of Turkey is another important issue. Turkey was a friend of Germany during the WWI. It took a neutral stand in the 1920s before joining the Allied Forces during the final phase of the WWII. In recent past, Turkey strengthened ties with Russia. Currently, it maintains friendly ties with China in order to counter US President Donald Trump’s biased trade policy. Despite its regional rivalry with Saudi Arabia, Turkey is trying to dethrone Syrian President Bashar al-Assad with the help of Riyadh. No wonder, Turkey is paying the price for maintaining cordial ties with Saudi.
The top political leadership in Ankara could have ignored the assassination of Khashoggi. However, his fiancée Hatice Cengiz is a Turkish national. In fact, Cengiz informed the Turkish authorities that she was waiting for Khashoggi outside the Saudi consulate when the senior journalist visited the place to collect some documents. 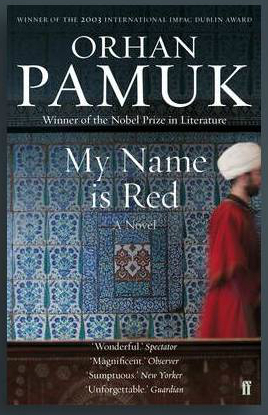 The assassination of Khashoggi has once again made clear that the 5,000-year-old city is still not ready to accept this sort of atrocity. The murder might have shocked Knut Hamsun (August 4, 1859-February 19, 1952), the Norwegian writer who was awarded the Nobel Prize in Literature in 1920. Hamsun had penned the novel, Whispers in the Land of Death, during his visit to Istanbul. The rich history of Istanbul is not ready to forget those people who went missing all of a sudden, but is eagerly waiting to hear their stories. What could be the bigger tragedy for the city of Nobel laureate Turkish author Orhan Pamuk!