The US nearly retaliated in a likewise fashion, after Iran shot down a USD 240 million A RQ-4N Global Hawk drone in June. However, Washington DC called off the planned military strike against Iran just 10 minutes before the final action! According to sources close to the White House, President Donald Trump changed his decision after he came to know that such a move could claim 150 innocent lives. Jens David Ohlin – the Vice Dean and Professor of Law at Cornell Law School, as well as an expert in International Law, National Security and Criminal Law – believes that it was the most important moral and legal issue dealt by President Trump!
It is hard to believe that a Statesman, in the contemporary world, would pass off a golden opportunity to teach a lesson to an ‘enemy’ country for the sake of just 150 innocent lives… the decision made by the US President must have disheartened many, in different parts of the world, especially those, who – equipped with cups of tea and cigarettes – could enjoy watching the military strike on television sets, or on cell phones! They must have thought that such a decision does not suit a leader, like President Trump! It is because the majority of the people has started believing that a leader can prove her/his character by taking bold and tough decisions…

However, peace-loving persons have welcomed the President’s move, as they want other statesmen to follow his step. Ohlin has explained the US President’s decision from a legal point of view, saying that President Trump called off the planned strike against Tehran because it was “not proportionate”… in an article published in The Washington Post on July 1, the Professor stated: “‘Proportionality’ refers to the idea that the amount of Military Force deployed by a Nation should be correlated to the threat it faces. The intention behind the principle is to prevent a State from using a small threat to justify a massive overreaction – using a metaphorical pinprick as a pretext for destroying another Nation. The concept reinforces the idea that even in times of war, ethical and legal norms apply that constrain unnecessary killing and discourage escalation. States that ignore these rules violate International Law.”
Ohlin is correct in his approaches! It is clearly stated in the UN Charter that States are allowed to use military force only in two circumstances: when authorised by the UN Security Council, or when acting in Self-Defence! The ‘Law on Self-Defence’ has been outlined in Article 51 of the UN Charter that allows States to exercise Self-Defence after an “armed attack occurs”. 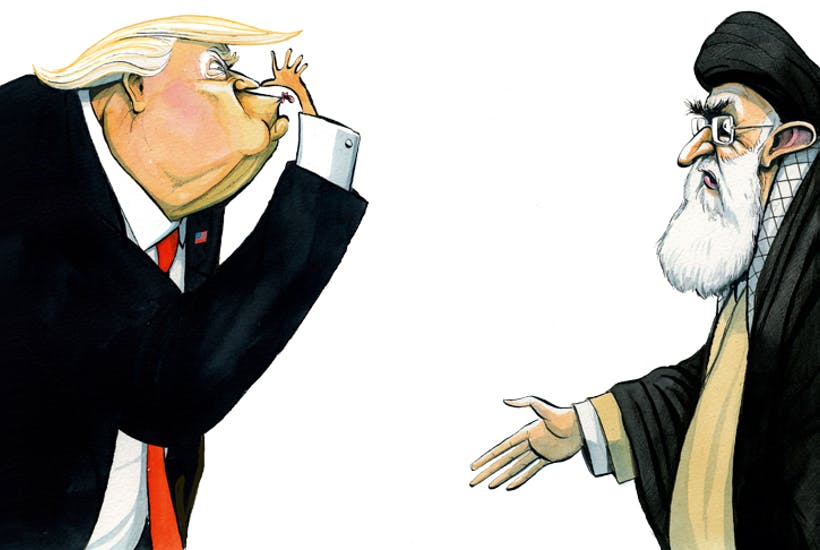 It is still not clear to many whether the incident of Iran’s shooting down of the US drone on June 20 was grave enough to pass that threshold. We have to remember that Iran destroyed a drone that was flying over International Waters. Also, it was an unmanned craft that was flying outside of American territory. If Iran destroys a manned aircraft or claims American lives, then only the US has the right to react, properly!
Perhaps, President Trump’s legal advisers have made it clear to him that it would not be a wise decision to launch military attacks on the West Asian nation, right now… the Global Community should appreciate those advisers for doing their job in a perfect manner…