War Is In The Air…

They have fought many military, political and diplomatic wars in the past seven decades. However, February 26 (2019) was a different day altogether. On that day, India reportedly conducted pre-dawn aerial strikes on a major Jaish-e-Muhammed (JeM, a Pakistan-based terror outfit) terror training facility at Balakot in Pakistan’s Khyber- Pakhtunkhwa region, breaking free of its self-imposed shackles in countering the cross-border proxy war fuelled by its hostile neighbour for decades! The strikes took place 12 days after the Pulwama terror attack that had claimed lives of 40 Indian soldiers.
The Indian media reported that 12 Mirage-2000 fighter planes – backed by four Sukhoi-30MKI jets for air defence and two AWACS (Airborne Warning And Control Systems) aircraft as eyes and ears of the strike package – fired a mix of long-range Spice-2000 precision-guided 1,000kg bombs and AGM-142 (Popeye-2) missiles to destroy the Balakot terror facility, which housed more than 300 terrorists, trainers and handlers. 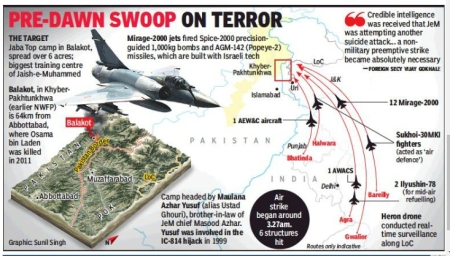 The Indian Air Force (IAF) pilots destroyed the militant base inside the Pakistani territory (23.6km from the Indo-Pak border) without allowing the ‘enemy camp’ to retaliate! In fact, all the IAF fighter jets returned to India safely after completing the mission. Thereafter, the two South Asian neighbours have got involved in a fresh diplomatic war! Initially, India maintained silence, although the Pakistani Armed Forces issued a number of statements on February 26 morning. New Delhi broke the silence at around 11am, with the Indian Ministry of External Affairs saying: “India conducted a non-military pre-emptive strike in Pakistan, as only a terror camp and no military or civilian facility was targeted.” India’s statement made it difficult for Pakistan to strike at a similar target (in India), as India does not harbour terrorists! 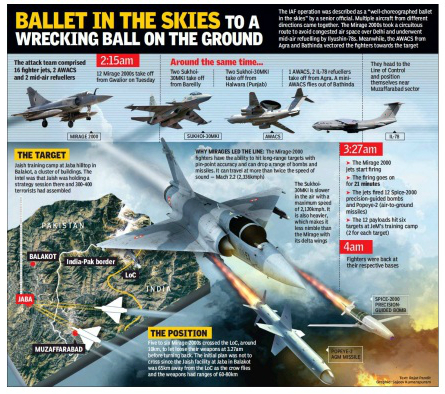 Indian External Affairs Minister Sushma Swaraj, who was in China on February 26, was heard saying: “We have zero tolerance towards terrorism. The Pulwama terror attack was gruesome.” She further said: “It wasn’t a military operation, as no military installations were targeted. The objective was to act against terrorist infrastructure of JeM to pre-empt another terror attack in India.”
Later on the day, the global community realised why India had maintained silence in the morning! Statements issued by Australia and France proved that India moved much ahead of Pakistan as far as the diplomatic war was concerned. The Australian Foreign Ministry issued a statement, stating: “Pakistan must do everything possible to implement its own proscription of JeM.” For its part, the French Foreign Ministry said: “France recognises India’s legitimacy to ensure its security against cross-border terrorism. Pakistan should put an end to the operations of terrorist groups established on its territory.” It is to be noted that Paris recently moved a proposal at the UN to designate JeM chief Masood Azhar as a global terrorist. This was the second time when France, a permanent member of the UN Security Council, was a party to such a proposal at the world body…

Soon after the Indian fighter jets destroyed terror camps inside Pakistan, Swaraj and Indian Foreign Secretary Vijay Gokhale held a meeting with foreign diplomats, including the ambassador of the US, the UK, Russia, Australia, Indonesia and Turkey, mainly to discuss about New Delhi’s stance on the issue of ‘state-sponsored terrorism’. Later, Swaraj told the local media that foreign diplomats realised the actual (geopolitical) situation in South Asia. According to the Indian minister, the foreign envoys also realised that New Delhi’s enemy is terrorism, and not the neighbouring country! 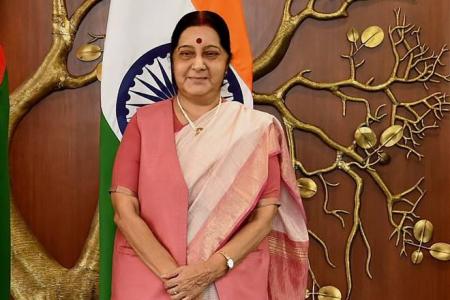 Experts believe that India’s biggest achievement in the ongoing diplomatic war against Pakistan is China. China, considered as Pakistan’s ‘all-weather ally’, refused to side with Pakistan. Beijing was careful not to upset New Delhi ahead of the meeting of the foreign ministers of Russia, India and China in a Chinese town. So, spokesperson of the Chinese Foreign Ministry Lu Kang said: “I want to say that India and Pakistan are important countries in South Asia. A sound relationship and cooperation between the two serves the interests of both countries and peace and stability in South Asia.” He further indicated Beijing has no objection to India describing it as a “non-military strike” at terror camps, insisting: “As for India’s claim on taking action against terrorism, well, fighting terrorism is a global practice. It needs necessary international co-operation. India needs to create favourable conditions internationally for the same.” 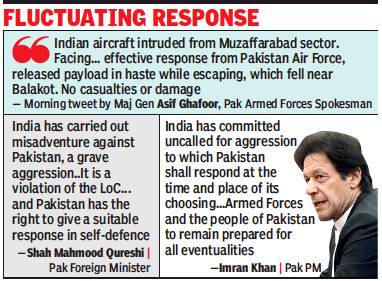 It seems that Pakistan has allowed JeM, Lashkar-e-Toiba (LeT) and other terror outfits to set up their bases in different parts of its territory in an attempt to reduce its ‘defence budget’. The presence of these outfits in Pakistan’s eastern border (with India) and also in the western border (with Iran) give some seeming respite to Pakistani government and also to its Armed Forces. The presence of JeM and LeT in border areas reduces the burden of the Pakistani Armed Forces. They not only safeguard the Pak territory from ‘foreign enemies’, but also carry out terror attacks in neighbouring countries (especially in India and Iran) to destabilise them. Moreover, the Pak government doesn’t have to spend a single penny for nurturing those outfits as they receive a huge amount of funds from the Arab world. 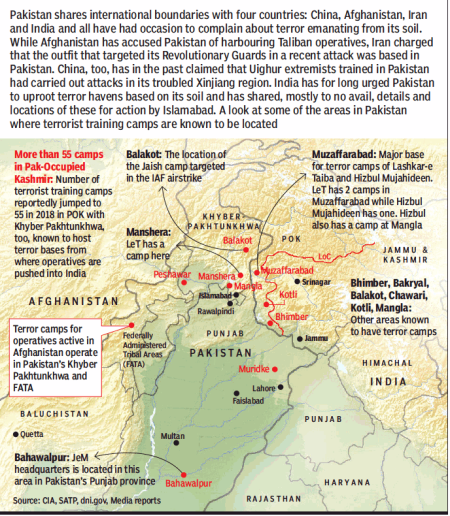 In an article published in an Indian national daily on February 26, Associate Professor of Security Studies at Georgetown University (the US) C Christine Fair said: “Pakistan is an ‘international insurgent’. To be victorious, it does not have to defeat India, it need only demonstrate that India cannot defeat it and it does so by taking calculated risks, like Pulwama…”