On The Run, From Iran…

His own country had forced him, in a way, to leave his native land… and, his adopted country has honoured him with its top literary award. Most importantly, he wrote the book while he was staying at a refugee camp on foreign soil!
Behrouz Boochani – an Iranian national – has been staying at the camp in Papua New Guinea for the last six years. The camp can be compared to a prison… run by the Australian Government. And surprisingly, Boochani didn’t write the book (in Persian language or zabaan-e-farsi) with a pen and a paper, but with his cell phone!
After completing each and every chapter, he used to send it to an Australia-based translator through WhatsApp. This way, he wrote the entire book – titled No Friend But the Mountains. And Boochani’s publication has received Australia’s highest literary honour – Victorian Prize for Literature – and a prize money of USD 12,390! 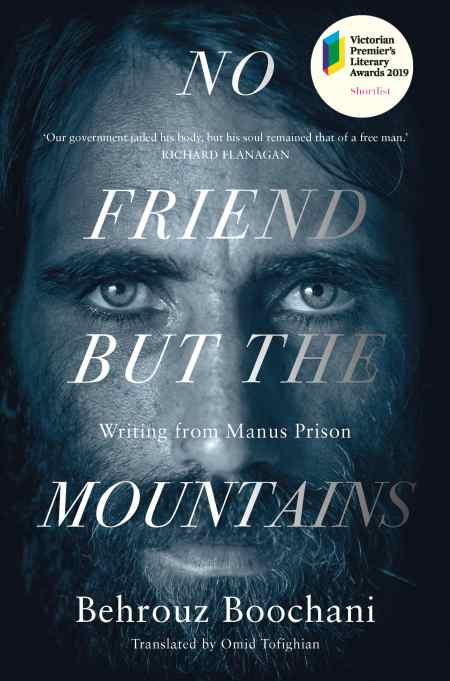 Immediately after the concerned authorities in Australia made an announcement in this regard on January 31, Boochani said: “I don’t want to celebrate this achievement while I still see many innocent people suffering around me.” The Kurdish-Iranian author wants his achievement to sensitise the global community about the treatment of people under Australia’s hardline immigration policy. “My main aim has always been for the people in Australia and around the world to understand deeply how this system has tortured innocent people on Manus and Nauru in a systematic way for almost six years. I hope this award will bring more attention to our situation, and create change, and end this barbaric policy,” stressed Boochani.
The Iranian recalled that he, along with other asylum seekers, was intercepted at sea and sent to three camps in Papua New Guinea for processing six years ago. Since then, they have been staying at refugee camps on the South Pacific island of Nauru. According to Boochani, he is still going through a tough time. “Once I told an officer that I am a writer. He laughed at me and forced me to work hard at the camp… semi-naked… I still remember that day,” insisted the author.

He went on to say: “When I arrived in Manus, I created another image for myself. I imagined a novelist in a remote prison. Sometimes, I would work half naked beside the prison fences and imagine a novelist locked up right there, in that place. This image was awe inspiring. For years, I maintained this image in my mind. Even while I was forced to wait in long queues to get food or while enduring other humiliating moments.” Boochani continued: “This image always helped me uphold my dignity and keep my identity as a human being. In fact, I created this image in opposition to the image created by the system. After years of struggling against the system that has completely ignored our individual identities, I am happy that we have arrived at this moment.”
Boochani revealed that he also produced a film from the island shot on his cell phone, apart from delivering speeches remotely to universities across the globe. Born in Ilam in 1983, Boochani did his graduation from Tarbiat Moallem University and earned his Master’s Degree in Political Science, Political Geography and Geopolitics from Tarbiat Modares University in Tehran. Then, he joined the Kurdish-language magazine Werya as a journalist. However, the magazine was ransacked by the members of the Islamic Revolutionary Guard in February 2013. The Revolutionary Guard also arrested nine of his colleagues. Although some of his friends were released, others were sent to prison. Fearing for his life, Behrouz left Iran in May 2013.

“I left Iran because I didn’t want to live in prison for a long time, or be killed by the system there. Unfortunately, I ended up in another prison, but a prison that was created by a country that claims it is a liberal democracy,” Boochani told the media.
Meanwhile, translator Omid Tofighian congratulated Boochani for winning the ‘Victorian Prize for Literature’. Commenting on the publication, Tofighian said: “It describes systematic torture. For so long Behrouz – through journalism and his film and through public speaking – has been trying to explain what systematic torture means in this particular site.” He told the press: “I think the book does that successfully. The prison is geographically offshore, but the book conveys it is very much part of Australian society, history and culture. It positions what is happening in terms of border politics, in a much broader narrative that relates to Australia’s colonial character – or colonial past or present.”

It is to be noted that the famous Iranian Film Director Jafar Panahi made some movies with a digital camera and an iPhone after the Iranian government had banned him from making films for two decades. The government had accused Panahi of working on a documentary about the 2009 uprising in the West Asian nation. He was also barred from leaving the country. Incidentally, Boochani is Panahi’s compatriot! Once Boochani thought that security guards at the camp might seize his cell phone… After winning the award, he said: “This proves that words still have the power to challenge inhumane systems and structures. I have always said that I believe in words and literature. I believe that literature has the potential to make change and challenge structures of power. Literature has the power to give us freedom. Yes, it is true.”