The Priest With A Difference

Jabez Thomas Sunderland was born in Yorkshire, England, in 1842. He, along with his parents, left for the US a couple of years after his birth and did his the MA from Chicago University. Highly influenced by the Unitarian philosophy, Sunderland started his career as a priest and devoted himself in enlightening human minds with liberal ideas, apart from advocating the Lord Christ’s greatness!

Sunderland was curious to know about India since his childhood as he had heard many stories about the South Asian nation from missionaries. It was a dream comes true for him when the British National Unitarian Association asked the priest to work in India. The main purpose of his visit was to reconstruct the Hindu society, jointly with the Brahmo Samaj. Brahmo Samaj is the societal component of Brahmoism that began as a monotheistic reformist movement of the Hindu religion that appeared during the Bengal Renaissance in the 1820s. 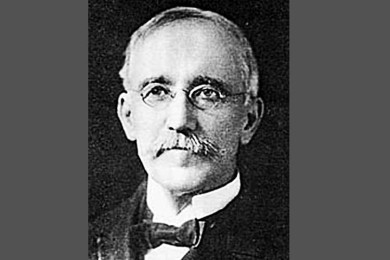 Sunderland also read a number of books on India authored by British writers. Ahead of his arrival in India, the priest thought that the Indians were blessed with the British rule. However, Sunderland’s perception changed after his meeting with Indian political leaders and experiencing the nature of British rule. Later, he penned down a book, titled ‘The Causes of Famine in India’. He also wrote an article – ‘The New Nationalist Movement in India’ – for the New Atlantic Monthly magazine. Sunderland was one of those Britons who were against the British rule in India.

He wrote the book ‘India in Bondage: Her Right to Freedom‘ in support of Indian independence. However, 14 American publishers refused to publish the book. Actually, no publisher was ready to criticise Britain after the WWI. Finally, the New York-based Lewis Copeland company published the book against USD 400. Sunderland’s close friend and editor of Prabasi and Modern Review magazines Ramananda Chattopadhyay reprinted the publication in India on December 21, 1928. 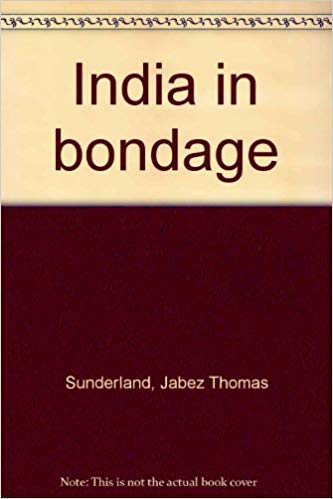 The author clearly mentioned in the book that a nation has no right to rule another nation. According to Sunderland, Britain committed a crime by colonising a culturally rich country, like India, and a global protest was required against the British rule in India. He claimed that the Indians, who had run their own administration for more than 3,000 years, were very much capable to rule themselves. He further said that Britain’s self-proclaimed guardianship was of no need and only Indians could safeguard their interests.

Interestingly, the first print of the book was out of stock within a few months. Mahatma Gandhi – the leader of the Indian Freedom movement against British rule who led the country to Independence, and great Indian poet and philosopher Rabindranath Tagore showered praises on Sunderland for sensitising the global community about the British oppression in India through his writings. The ‘scared’ British rulers banned the publication and arrested Ramananda Chattopadhyay for reprinting the book. Although Chattopadhyay was released on bail, he had to pay a fine of INR 1,000. 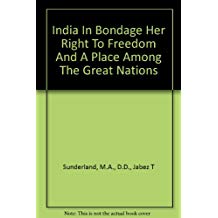 Sunderland passed away in 1936 – 11 years before India’s Independence – in Ann Arbor, Michigan, the US. No one could stop him from criticising the British rulers till his death. The Indians still remember the priest, who voluntarily became a part of the Indian Freedom Movement.

Boundless Ocean of Politics on Google Plus:

Boundless Ocean of Politics on Linkedin: