Railing Under The Sea

A unique instance of communication system!
The train will commute the sea… just like a submarine. During the recent UAE-India Conclave, the top officials of the two countries have decided to connect the western Indian city of Mumbai with Fujairah, which sits at the mouth of the important trade route with a coastline solely on the Gulf of Oman, through a 2,000km underwater high-speed railway network in the coming years. 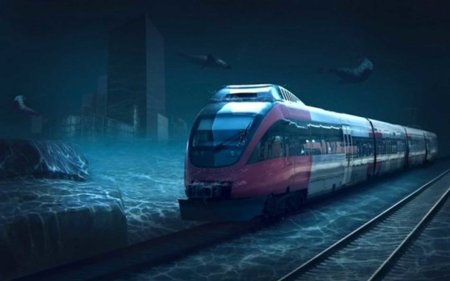 Abdulla Alshehhi, the Managing Director and Chief Consultant at Abu Dhabi-based National Adviser Bureau (NAB), revealed the plan, saying: “This is a concept. We plan to connect Indian city of Mumbai with Fujairah through ultra-speed floating trains. The project aims to boost bilateral trade.” He also said that the NAB – a consultancy corporation located in Masdar – would soon come out with a new technology before implanting the project. According to Alshehhi, the NAB officials will conduct a study to check the feasibility of setting up a railway track from Mumbai to Fujairah. He expressed hope that the train could maintain a speed of 300km per hour under the Arabian Sea.
Speaking at a media conference in Abu Dhabi, Alshehhi said that the proposed railway system would not only carry people, but also deliver goods, including oil and water. He told the press that the innovative route would certainly boost oil exports to the South Asian nation, along with imports of excess water from Narmada River. He further expressed hope that the UAE could get rid of the problem regarding the shortages of fresh water by importing water from India. 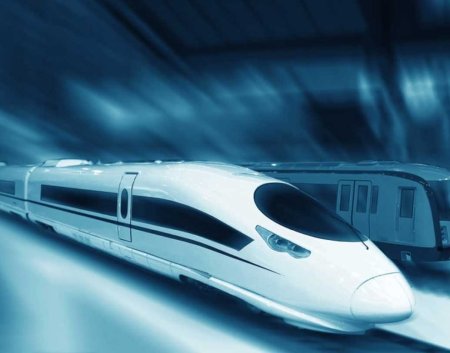 Meanwhile, a senior NAB official said that the proposed network would have the magnetic floating train (Maglev) system, which uses two sets of magnets – one set to repel and push the train up off the track and another set to move the floating train ahead at great speed taking advantage of the lack of friction between the railway track and the engine. The Magnetic Response System-based Swift Transplantation will help the train move under the water. Passengers will enjoy a comfortable journey, as two pairs of magnets will push the train.
The Maglev system has already been introduced in Japan, South Korea and Canada, while Australia, Israel, Britain and the US are all set to launch this system. China, too, announced in November that it would build the country’s first undersea tunnel for high speed trains, as the project would cover 16.2km undersea area and the line would cover nearly 70km between Ningbo and Zhoushan.

In recent years, high-speed trains have become one of the main elements of infrastructure development in Asia.