French President Emmanuel Macron marked the 100th anniversary of Armistice (the end of WWI) on November 11, 2018 by delivering a rebuke against rising Nationalism, as he called it a “betrayal of Patriotism” and warned against “old demons coming back to wreak chaos and death”.
Speaking at the ceremony near the Arc de Triomphe in Paris, President Macron urged the global community to reject Nationalism and to promote the concept of Liberalism. In the presence of Russian President Vladimir Putin, US President Donald Trump, German Chancellor Angela Merkel, Canadian Prime Minister Justin Trudeau, Turkish President Recep Tayyip Erdoğan, Israeli Prime Minister Benjamin Netanyahu and other top world leaders, he categorically said: “By saying ‘our interests first and never mind the others’ you stamp out the most precious thing a nation has – its moral values.”

The French president indirectly targeted his US counterpart’s ‘America First’ policy last week. According to Macron, Nationalism is basically a ‘selfish‘ or ‘self-centred’ idea and people – who think ‘let whatever happens to others, our issues are the most important’ – are self-centred in a true sense. He further urged the global community to bring back the concept of universal welfare, stressing: “By saying our interests first … we erase what a nation holds dearest, what gives it life, what gives it grace and what is essential: its moral values.”
Surprisingly, great Indian poet and philosopher Rabindranath Tagore (1861-1941) had explained the concept of ‘Nationalism’ in a similar way 100 years ago! Tagore – in an article, titled ‘Nationalism‘ (1917) – criticised not only the “organising selfishness of Nationalism” in the West, but also the replication of this alien concept of Nationalism in the East (mainly in India) by the nationalists. He observed that “India never had a real sense of nationalism” and that India’s reverence for ‘God’ and the ideal of ‘humanity’ need not be replaced by the European concept of a limited ‘national identity’. On that day, Tagore’s statement on Nationalism shocked the ‘nationalist’ Japanese people.

Just like the Indian philosopher, President Macron faced severe criticism for expressing such a view. A section of people in France and in neighbouring countries strongly criticised him for describing Nationalism as a ‘selfish’ idea. Even President Trump attacked the French leader via Twitter, insisting that Macron was trying to unite Europe against the US, Canada and Russia! A number of European broadsheets declared that the “French president totally missed the point when condemning Nationalism”. The situation prompted the French ambassador to defend his president, saying in a statement that Macron had no intension to hurt the American people and he just warned people about the danger of Nationalism.
On the Remembrance Day, the French president helped us realise the fact that many people in different parts of the world are the ‘victims of nationalist sentiment’. It means statesmen, like Trump, have successfully influenced people through their ‘nationalist’ ideology. That’s why Britain has decided to leave the European Union (EU) and some other countries are driving out poor migrants in an attempt to ‘purify’ the nation!

Commemoration of Armistice Day in Paris

It’s unfortunate that a European leader had to deliver the same message to the global community that was delivered by an Indian philosopher 100 years ago. Perhaps, it’s because we are facing a situation similar to that we had faced a century ago. So, we feel ‘deja vu’ after President Macron’s speech. We can only hope that President Macron won’t have to face any political crisis for rejecting the popular concept of Nationalism. In recent times, people have developed the habit of distorting facts. They are intentionally doing this only to trigger hatreds. Soon after President Macron said that ‘Nationalism’ and ‘Patriotism’ were two different ideologies and called Nationalism a ‘betrayal of patriotism’, some people accused the president of ‘betraying’ his nation! They claimed that the president’s actual intension was to undermine the concept of Patriotism and to make his countrymen ‘the slaves of Liberalism’.
On November 13, President Trump took to Twitter to launch blistering attacks on his French counterpart, France’s performance in both World Wars and France in general for projecting the concept of Nationalism as the “exact opposite of Patriotism“. “The problem is that Emmanuel suffers from a very low Approval Rating in France (26%) and an unemployment rate of almost 10%. He was just trying to get onto another subject. By the way, there is no country more Nationalist than France, very proud people – and rightfully so!…,” tweeted the US president. 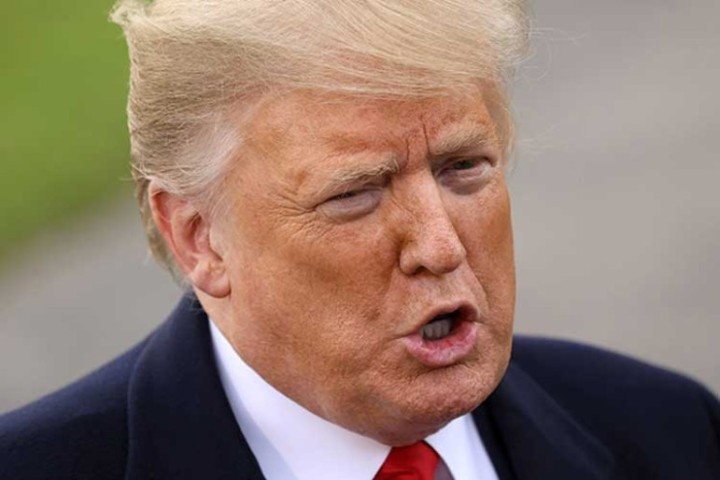 Once, Indian political psychologist and social theorist Ashis Nandy wrote (in an article): “Nationalism is not Patriotism.” According to Nandy, we usually emphasise on ‘national sentiment‘ while explaining the concept of ‘nation‘. As a result, we separate ‘others‘ first and consider them as ‘outsiders’! The political psychologist further said that ‘ego‘ is an inalienable component of ‘Nationalism‘. In other words, Patriotism is such a ‘spatial‘ emotion which gives birth to the concepts of ‘mutuality‘ and ‘segmentation‘. It means that the concept of ‘nation‘ is one-dimensional and the concept of ‘state‘ or ‘country‘ is multi-dimensional. While German philosopher and political theorist Johanna ‘Hannah’ Cohn Arendt calls the ‘nation‘ (part of the concept of ‘nationalist‘) as ‘pseudo-community‘, Irish political scientist and historian Benedict Richard O’Gorman Anderson calls it ‘imagined community‘. However, it’s difficult to describe the patriots’ ‘nation’ as ‘community’, as this particular nation is based on the identity of diverse languages, cultures and opinions.

We know what could be the outcome of creating ‘outsiders‘ on the basis of ‘nationalist’ emotion. President Macron only reminded us Europe witnessed two World Wars and a brutal genocide in the pretext of ‘Nationalism‘ in the last 100 years. It’s quite obvious that ‘foreigners‘ become ‘enemies‘ and ‘different‘ becomes ‘outcast’ during the war between ‘ego‘ and ‘outsider‘. In such a scenario, ‘sentimentalism’ overwhelms the state and it’s very much natural!
Perhaps, the French president’s appeals will not fall on deaf ears. Otherwise, history will repeat itself!