The changing Global Geopolitical landscape has raised an important question: Why is the 1975 Fall of Saigon different from the 2021 Fall of Kabul? Experts have made attempts to find […]

India had become an Independent Nation on August 15, 1947, only after the Partition of the Indian Subcontinent, and the birth of Pakistan. In other words, the way the Indian […]

Pakistan and India marked their 75th Independence Day on August 14 and August 15 (2021), respectively. Seventy-four years have passed since the tragic event of Partition of the Indian Sub-continent. […]

Mitholz or Blausee-Mitholz is a village in Kandergrund Municipality in the canton of Bern in Switzerland. The small village is full of natural beauty, as it is surrounded by mountains. […] 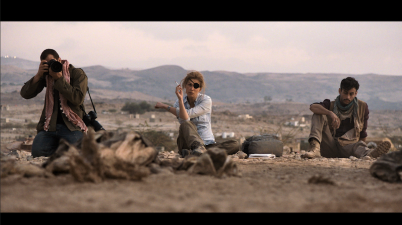 On The Front Line!

Dedicated to my colleagues… Thomas William Bowlby (January 7, 1818 – September 22, 1860), a British correspondent for The Times in Germany and China in the 19th Century, had arrived […]

His decision to leave his homeland had pained him, immensely. He had always wanted to return home. However, the young man, who had left his country at the age of […]