Venkatraman ‘Venki’ Ramakrishnan – an American and British structural biologist of Indian origin, Nobel laureate and President of the Royal Society – has called for a sensible immigration system in post-Brexit period.
Professor Venki recently said that scientists should face no difficulties while roaming in Europe even after Britain’s exit from the European Union (EU). At the same time, he said that Britain might lose its status as a leading scientific hub after the Brexit. Speaking at an event in London, he said: “We in the Royal Society and the rest of the scientific community are working very hard to have a new sensible system for immigration that would be fast, transparent, efficient and with proportionate costs.” 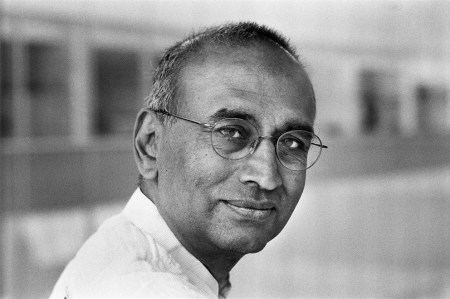 The biologist further said: “We plan to fight very, very hard to make mobility straightforward, regulations transparent and efficient so that this is less of an issue. This is a political fight, but we intend to do our best.”
Sir Venki, who was honoured with the Knighthood by Queen Elizabeth II in 2012 for his contribution to science, claimed that former Royal Society Presidents – geneticist Sir Paul Nurse and astronomer Lord Martin Rees – backed his view, as they believe that the political aspects of the Brexit debate might have a negative impact on the scientific community and its interests.

Sir Venki, who was born in the southern Indian province of Tamil Nadu, went to the US to study Biology before moving to the UK in 1999. He recalled that it was a “fairly simple” process at that time. “The requirements today are so onerous that they act as a barrier. The current immigration system for non-EU migrants is utterly not fit for purpose. It is onerous, it puts people off, it costs too much money,” stressed the scientist.
With British Prime Minister Theresa May getting ready to present her ‘Chequers strategy’ to the EU, the Indian origin scientist insisted: “We feel that we are at a crossroads for British and European science as a result of the current negotiations that are going on… There is a lot of talk about various issues around Brexit and we are worried that in all these talks and negotiations, somehow science should not take a back seat.” According to Professor Venki, “If science loses, everyone loses.”
Meanwhile, the National Assembly of France passed a tough new immigration law in April 2018, tightening the rules around asylum. The newly introduced law not only shortened asylum application deadlines, but also doubled the time for which illegal migrants could be detained and introduced a one-year prison term for entering the country illegally.

On the other hand, Germany is determined to lower hurdles for skilled workers from abroad. Reports suggest that the coalition government led by Chancellor Angela Merkel is preparing a new immigration law that will help tackle labour shortages in the Western European country. According to sources close to the Merkel government, the main purpose of the new law will be to attract skilled workers from non-EU countries.
It is to be noted that Germany currently has one of the most liberal immigration systems, making it the second-most popular country for immigrants after the US. While people from other EU nations enjoy free labour movement in the bloc, the new German law will relax the rules for professionals from outside Europe also. Germany has already introduced a blue card system that allows the companies to hire foreign academics and professionals with an annual salary of at least EUR 50,800!