Overuse makes a proverb cliché… We realise the essence of a proverb only if something big happens! ‘The pen is mightier than the sword’ is one such proverb. The recent incidents in Kuwait help us feel the essence of this metonymic adage, coined by English author Edward Bulwer-Lytton in 1839, indicating that communication (or in some interpretations) administrative power or advocacy of an independent press, is a more effective tool than direct violence.
The concerned authorities in Kuwait have banned several books – like ‘The Little Mermaid’, ‘1984’ and even Encyclopedia – for various reasons. There is an entry related to Michelangelo in Encyclopedia and the Kuwaiti authorities have banned the book mainly because of an image of David, a masterpiece of Renaissance sculpture created in marble between 1501 and 1504 by the Italian artist. The Kuwaiti officials have made clear that they would never allow publishers to use images of naked men, like the Biblical hero David, in a book. Mermaids, too, are strictly prohibited in Kuwait as they wear bikinis! However, no one knows why George Orwell has been banned!

For long, conservative members of the Kuwaiti Parliament have been requesting the government to ban some publications for various reasons. And it seems that the government is seriously considering the request. The West Asian nation set up a 12-member committee to look into the matter in the past. The six experts in Arabian language and six in English language have banned 4,390 books in the last four years! After imposing a ban on ‘Why We Write’ in which 20 of America’s bestselling authors share tricks, tips and secrets of the successful writing life, the committee said that it made the move due to its Editor Meredith Maran, who had made a false allegation of sexual molestation against her father! What an argument!!!! Colombian author Gabriel García Márquez’s ‘One Hundred Years of Solitude’ is another fine example. The Kuwaiti authorities banned the landmark 1967 novel by Márquez because of the presence of Úrsula, the character who dared to see the naked body of her own husband!

No classical literary works reach to the people without clearing tough hurdles. And noble literary works have always created troubles for the State. George Orwell’s 1984 triggered controversies in many countries in the past.
Neighbouring Iraq experienced the same in recent past! The emergence of the hard-liners in the ‘Arab World’ made it difficult for the publishers to run businesses in Iraq. The Islamic State (IS) terrorists set a university library on fire immediately after capturing Mosul! They also destroyed statues of many poets and philosophers, and turned a children’s park into a firearm training centre! The park hosted a book fair only after the liberation of Mosul from the terror outfit in 2017. The publishers reportedly distributed books among the children during the fair. Perhaps, the war-ravaged Iraqi city realised that only books could help men and civilisation bounce back.

Talking to the media in 2018, Ali al-Baroodi – an English teacher at Mosul University – said: “We don’t value things until we lose them. Last year’s liberation of eastern Mosul from Daesh (the Arabic acronym derived from the phrase ‘al Dawlah al-Islameyah fi Iraq wal-Sham‘ or literally, ‘Islamic State in Iraq and al-Sham’) was like a second birthday for me.” There is a saying in the Arab World that “Egypt writes, Lebanon publishes and Iraq reads”. The IS wanted the Iraqi people to forget this phrase. Today, the Iraqis are trying hard to revive their culture of reading, while the Kuwaitis are following the path shown by the hard-line terror outfit. One day, the Kuwaitis would realise that they made a mistake… but that could be too late.
Also, there are stories of hope! Like many Syrian youths, former civil engineering student Anas Ahmad had to leave studies after the civil war began in Syria in 2011. His birth place Darayya was completely destroyed when the Syrian forces bombarded the city in order to destroy the IS. However, Ahmad and other enthusiasts stocked an underground library there with volumes rescued from bombed buildings, dodging shells and bullets to reach it. “We saw that it was vital to create a new library so that we could continue our education. We put it in the basement to help stop it being destroyed by shells and bombs like so many other buildings here,” stressed Ahmad, one of the founders of the library. 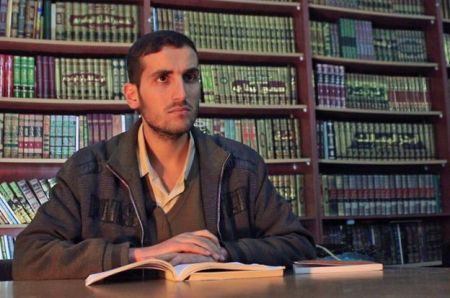 Actually, rulers don’t like books. During the Roman Civil War in 48 BC, Emperor Julius Caesar attacked the Egyptian city of Alexandria and reportedly set the Great Library of Alexandria – one of the largest and most significant libraries of the ancient world – on fire. Nearly 40,000 scrolls from the library were destroyed. Xiang Yu destroyed the Shenyang Imperial Palace and a library inside the palace after defeating Emperor Yi of Chu – also known as King Huai II of Chu – in 206 BC. Even, the Ottomans destroyed the Bibliotheca Corviniana library – one of the most renowned libraries of the Renaissance world established by King of Hungary Matthias Corvinus in Buda Castle between 1458 and 1490 – after defeating the Hungarians in the Battle of Mohács in 1526. During the War of 1812, the British forces torched major rooms in the US Capitol, which then housed the Library of Congress, as well as the House, Senate and Supreme Court. The German forces, too, burned down the library of University of Louvain during the WWI. Later, the British editorials proclaimed “Treason to Civilisation”, insisting that the Germans had proved themselves descendants not of the great author Goethe, but of the bloodthirsty Attila the Hun. It’s a long list… 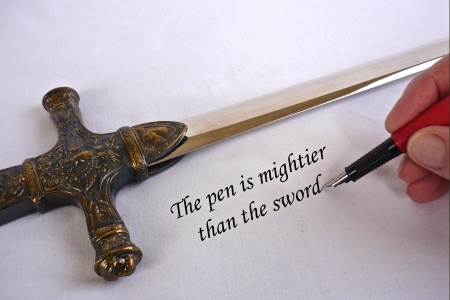 It is evident in the history of civilisation that the rulers, and not natural disasters, destroyed many libraries across the globe. The rulers’ might has always threatened the book lovers. That’s why the governments spend more on defence than on education! And here lies the significance of the proverb: ‘The pen is mightier than the sword’…