There was an atmosphere of mistrust, doubt and suspicion. It was not clear to the Indians what would happen, if Imran Khan became the Prime Minister (or Wazir-e-Azam) of Pakistan. The cricketer-turned-politician, himself, created the atmosphere ahead of the July 25 General Election. In each and every election rally, he had targeted India over the ‘Kashmir’ issue. Khan’s verbal attack on the neighbouring country had prompted the political establishments in New Delhi to closely monitor the election in Pakistan.
(Fortunately), Khan changed his tune immediately after the declaration of results. Delivering the victory speech on Thursday evening, the PM-in-waiting of Pakistan made clear that his government would try to improve ties with India. He said that Islamabad would not only make a serious effort to resolve the ‘Kashmir’ issue, but also boost trade ties with New Delhi, apart from ensuring regional peace. Indeed, he has sent a positive message to India before taking oath as the 19th PM of Pakistan. 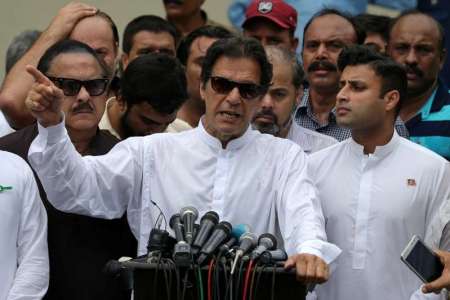 At the same time, Khan mentioned in his speech that the Indian Armed Forces are violating human rights in Kashmir, saying that Islamabad would never accept violation of human rights in the Valley. Although India denied the allegation, the top political leadership in New Delhi is ready to accept his invitation to resolve the Kashmir issue through peaceful negotiation.
However, the seasoned Indian diplomats believe that the equation is not so simple. They are still worried about Khan’s proximity to the most powerful Pak Army. It’s an open secret that Khan’s Pakistan Tehreek-i-Insaaf (PTI) has won the election with the help of Army. As the party fell short of 137 seats needed for majority, Khan is likely to stitch a coalition with conservative, Islamist, religious and far-right parties, like Muttahida Majlis-e-Amal, which maintain cordial ties with the Armed Forces. In that case, the Army will hold the key to future of the PTI-led government. While the PTI managed to win 116 seats (out of the contested 270 parliamentary constituencies) in the 272-member National Assembly, the outgoing Pakistan Muslim League-Nawaz (PML-N) managed to bag 64 seats and the Pakistan Peoples Party (PPP) placed third with 43 seats.

It is to be noted that former Prime Minister Nawaz Sharif had appointed General Qamar Javed Bajwa as the Chief of Army Staff in November 2016 after the retirement of General Raheel Sharif. Bajwa was one of the five senior-most generals who had a vast experience in leading the Armed Forces along the Line of Control and also in Pakistan-Occupied-Kashmir. Interestingly, he was part of the UN peacekeeping mission (in 2007) in the Democratic Republic of Congo, where he worked with the man who would become India’s Army Chief General (Retired) Bikram Singh. Later, the former chief of the Indian Army described General Bajwa as an “outstanding and professional solider”. 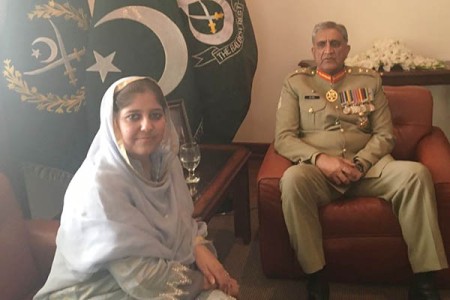 Genral Bajwa’s sons, Ali and Saad, recently informed the press that their father has a keen interest in India and its history. “He reads extensively about India. In fact, we gifted him a book each. One was on India, because we knew he would enjoy reading it,” stressed Ali, a petroleum engineer. He revealed that General Bajwa’s library consists almost entirely of books on history, diplomacy and politics. Diplomats are of the opinion that the Chief of Army Staff – also a big fan of ‘cricketer’ Imran Khan – will certainly influence the PTI-led government’s ‘India policy’ in the coming years. 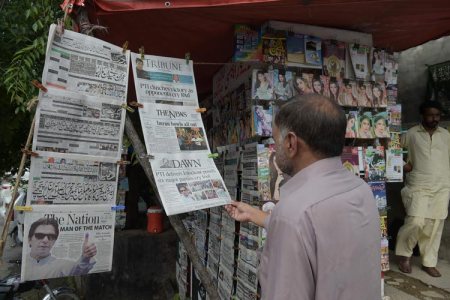 In the past, the Army and the Inter-Services Intelligence (ISI – the premier intelligence agency of Pakistan) had tried to influence the foreign policy of governments either led by Sharif’s PML-N or the PPP. Later, the Pak military leaders realised that it would be difficult to ‘control’ these two parties. Then, they highlighted Khan as a ‘true leader’ of Pakistan and helped his PTI win the General Election. It is quite obvious that the Armed Forces will try to use the next PM as a ‘puppet’. So far, not a single Pakistani PM has completed five years in office and the Army has called the shots. It’s difficult to predict what will happen to Khan.

It is better for India to approach Khan’s rise to power with tact and diplomacy. Only time can tell what would be his (and the Pak Army’s) attitude towards India. Congratulations and good luck to the cricketing hero, IMRAN KHAN!