An American media house has triggered a fresh controversy regarding the Russian intervention in 2016 US Presidential Election. The house recently claimed that Kremlin had used the social media to help Donald Trump become the 45th president of the US. The house reported that a network analysis wing of Oxford University would submit a detailed report on this issue to the US Senate in near future.
According to the media house, Moscow tried its best to help President Trump run his office without any trouble! However, the house reported that Russia didn’t interfere in the mid-term polls in November. It is to be noted that although the Republicans managed to win maximum number of seats in the US Congress’ Senate, they failed to get majority in the House of Representatives.

In 2017, the American Intelligence Community prepared a report in which it was clearly mentioned that the Russians had interfered in 2016 Presidential Election. While the Republicans have always rejected such claim, the Democrats have accused the Republicans of misleading the investigation. Political experts are of the opinion that the media house puts the Trump administration under tremendous pressure by publishing fresh report on this particular issue.
Facebook, Twitter and Google, too, are under pressure. Chief Executive Officer of Google Sundar Pichai testified before the US House of Representatives’ Judiciary Committee on December 11 after the media reported that the tech giant had leaked personal information of Google-Plus’ 5.25 million users. Although Pichai admitted that the report was correct, he rejected the report about Google’s biasness towards a particular political outfit.

The network analysis wing of Oxford University, too, confirmed that Russia had used almost all the social networking sites during the 2016 Presidential Election. And, the analysts came to know about Russia’s alleged involvement from the information provided by those sites.
The wing claimed that Kremlin had adopted an easy tactic, as the Russians encouraged President Trump’s supporters and confused his opponents. The Russians had allegedly sent messages, images and videos to the users of social media before and after the election. While campaigning through social media, Moscow had touched all the important and sensitive issues, such as immigration, employment, homosexuality, equal rights etc. The Oxford researchers opined that the Russian propagandists had mainly targeted the African-Americans through Instagram, Youtube, Yahoo, Microsoft’s Hotmail service and Gmail service of Google to influence 2016 election! 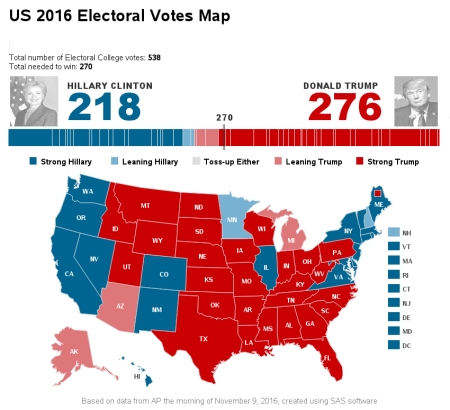 Meanwhile, a section of people in the US believes that it would have been better to handover these information to the investigators, instead of informing the Senate. Experts also believe that although Google and Facebook provided the US Congress with various information, those were not sufficient. Interestingly, all the parties admitted that Russia had influenced the US Presidential Poll.
Most importantly, the Russian campaign hadn’t ended with President Trump’s moving to the White House. It is still underway to create racial and political biases in the US and may get manifested in the 2020 Presidential Election. Even, the US Senate panel (which has been investigating the Russian meddling for almost two years) has confirmed that the activities haven’t stopped yet.
A tough time is ahead of President Trump…