Another Form Of Resistance!

The horrific images of people falling from aircraft in Kabul in a bid to escape the Taliban have shocked the Global Community. Many consider the current scenario in the war-ravaged […]

The Onus Is On The Taliban

The Onus is on the Taliban to decide how the World reacts to Regime Resolution Number 2593, passed by the UNSC just prior to India handing over its presidency, read: […]

After triggering of a Global Humanitarian Crisis, there has been a renewed focus on whether Afghanistan can regain its economic strength with a substantial amount of hidden treasure! However, the […] 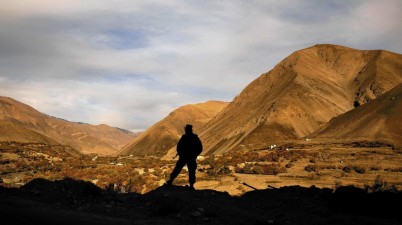 A Valley Of Resistance

Panjshir knows how to fight back! And, Russia is well aware of this fact (since the Soviet Era). Hence, Russian Foreign Minister Sergey Viktorovich Lavrov recently said: “The Taliban doesn’t […]

Freedom (From The Arrogant Power)?

Kabul was like Dhaka – the Capital of Bangladesh or erstwhile East Pakistan – on the night before February 21. The Afghan capital was making preparations to celebrate Independence Day […]